The World Wonder Heritages of Cambodia and Myanmar Tour

Two of the most ancient civilizations and cultures in Asia, Cambodia and Myanmar have histories that date back thousands of years, to a time when stone tools were still in use. Civilized society and culture began in the region around 1,500 BC, and settlements have been found that show a civilized people grew around that time. over the course of around 3,500 years, Cambodia and Myanmar have developed civilized societies, cultures, and empires that have had a major significance in Asian development through the millennia, and are important to the cultural and historical heritage of the respective countries.

The countries have long and varied histories, encompassing the rise and fall of great empires, huge architectural developments, and the growth of Buddhism and Hinduism in the two countries. There are now many sites of historical and cultural significance that are some of the most popular tourist spots in Asia. From the temple complexes of Bagan and Angkor, to the ancient Pyu and Khmer civilizations and the cultures that produced the Shadow Theater” and the “Apsara Dance. Small wonder that these ancient nations have been recognized as having World Heritage Sites by the world-renowned UNESCO.

The United Nations Educational, Scientific, and Cultural Organization, or UNESCO, is an international organization based within the UN in Paris, at the Place de Fontenoy. It has the purpose of contributing to peace and security by the promotion of International Collaboration through the means of scientific and cultural reform around the world.

UNESCO are tasked to select significant historic, scientific, or cultural sites from a list of potential prospects from around the world for protection by international treaties. The sites are deemed to be important to the collective interests of humanity, and must be an already classified landmark of major significance to the country or region.

While it is the home to dozens of cultural and historical sites of major significance to its modern civilizations, Myanmar has only one recognized UNESCO World heritage Site. Formed from three ancient cities of the Pyu peoples, the site exhibits the originality of Myanmar and the ancient Buddhist traditions that have existed there for millennia.

The Pyu Ancient Cities was recognized for its importance to Myanmar’s history and culture and for the unique architectural and historical value it holds for all mankind. Lying deep in the Irrawaddy Basin, the site consists of the three ancient cities of Halin, Beikthano, and Sri Ksetra. The cities are all that remains of the ancient Pyu Kingdoms that existed for more than eleven centuries, from around 200 BC to after 900 AD. The ruined cities contain ancient royal palaces, religious temples, and buildings that were used for the production of goods. There is also an ancient irrigation system around the cities that shows they used a form of drainage and artifacts that denote the exhibition of a rich Buddhist culture that spanned the centuries. 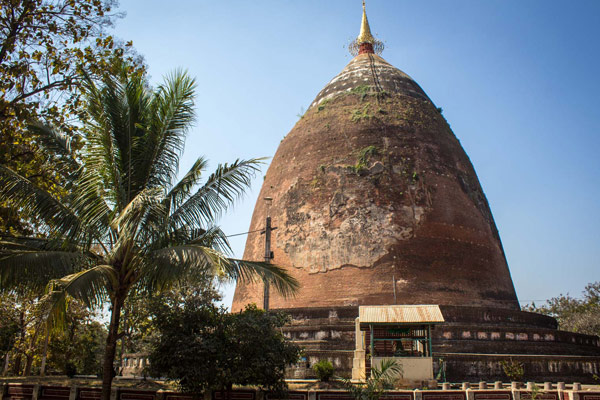 Listed as a UNESCO World Heritage Site in 2014, these three cities are not the only sites of major importance in Myanmar, and there is a list of fourteen other sites that are currently on the UNESCO “tentative’ list, which are still undergoing investigations and assessments as to their importance as World Heritage Sites. These ‘tentative” sites include the temples at Bagan, the wooden monasteries of the ancient Konbaung period of Burmese history, and the Mon cities of Bago and Hanthawaddy.

There are also several sites on the list that are of ecological significance to Myanmar and the world, for their unique landscapes, distinctive scenery, and the natural habitats of the rare indigenous wildlife that have been placed into wildlife sanctuaries or national parks by the Burmese government. These include:

The Irrawaddy River Corridor, for the protection of the famous freshwater Irrawaddy Dolphins, which are the only species of freshwater dolphins in the world, and doubly unique with their stub-nosed faces and naturally curious natures that bring them close to human habitation all along the Irrawaddy River; 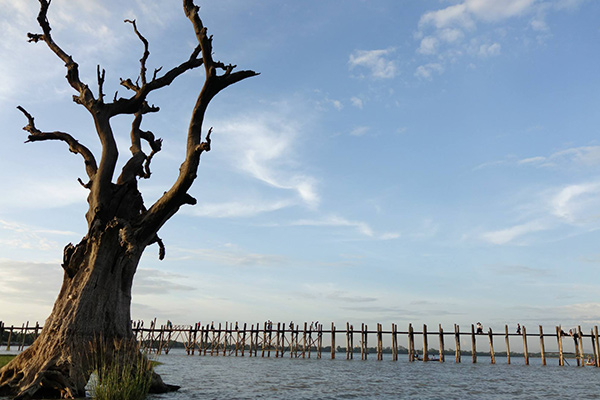 The Hukaung Valley Wildlife Sanctuary, for the protection of the endangered tigers and other species that live there, one of six such sites that protect the natural flora and fauna of these unique areas;

The Myeik Archipelago, a group of more than 800 islands off the southern coast of Myanmar that are the home to the unique Moken ethnic group, who have adapted themselves to living on the ocean, and live a nomadic, sea-based life among the islands.

With thousands of years of ancient history, and one of the most dominant empires in Asia, it is no surprise that Cambodia has three sites listed with UNESCO as World Heritage Sites.

One of the largest sites of ancient temples in the world, Angkor is a major archaeological site in Southeast Asia. The temple complex covers an area of over 400 square kilometers, and includes the forested areas around each of the temples. The complex is the site of the magnificent ruins and remains of the various capitals of the former Khmer Empire, that existed in the region for over 600 years, from the 9th to the 15th centuries. 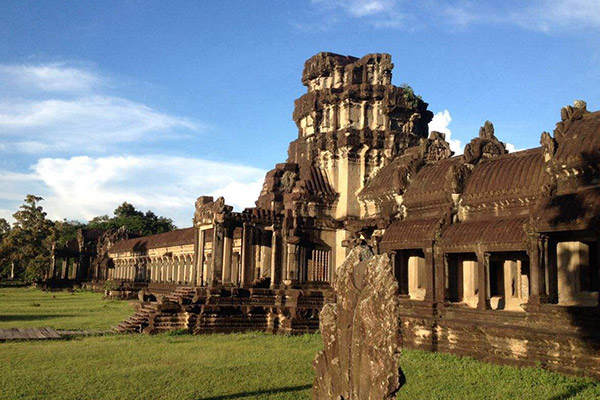 The site includes the famous temple of Angkor Wat, one of the most well-preserved and historic sites in Cambodia, as well as the Bayon Temple at Angkor Thom, with its myriad of decorative sculptures. There are now wide-ranging programs set up to protect this ancient and symbolic site, including the World Heritage Capacity building Strategy, which identified the needs for reconstruction and preservation and involved the local people in managing and preserving the site.

Preah Vihear is a temple that lies in the edge of the small plateau that rises up from the central plains of Cambodia. Dedicated to Shiva, this ancient Hindu temple is composed of a massive series of sanctuaries that are linked together by a network of staircases and walkways that extend for the entire 800 meter length of the temple. Built in around the 11th century, the history of the site can be traced back as far as the 9th century, when a smaller pagoda was erected on the site. This was later removed to make way for the construction of the main Hindu temple. 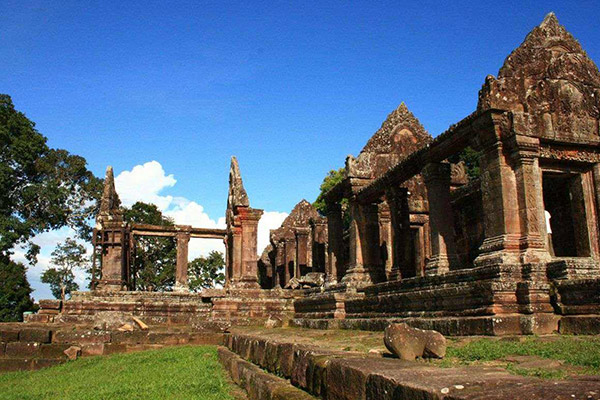 The temple on the site was extremely well preserved due to the encroachment of the dense jungle, which protected it from scavengers and thieves for over 900 years, until it was rediscovered. Preah Vihear is unique in the construction of the temple itself, as well as the exceptional quality of the hand-carved stone ornaments that adorn its walls and surroundings. The temple is noted as “an outstanding masterpiece of Khmer architecture. It is very ‘pure’ both in plan and in the detail of its decoration”, according to UNESCO, and is a site of outstanding value to the global community. The site was inscribed in the UNESCO lists in 2008, and has been a major tourist attraction for many years, almost equaling that of Angkor Wat.

Located in Kampong Thom Province in central Cambodia, Sambor Prei Kuk is a ruined temple complex that dates back to the 7th century, and was the royal capital and sanctuary of King Isanavarman the first of the ancient Chenla Kingdom. The temple pre-dates the Khmer Empire by over 300 years, and the archaeological site is one of the richest in the world. The temple was part of the capital city of Ishanapura, and the entire site comprises of more than one hundred temples. Of those, ten are unique in being octagonal in shape, which is rare with this kind of temple in Southeast Asia. 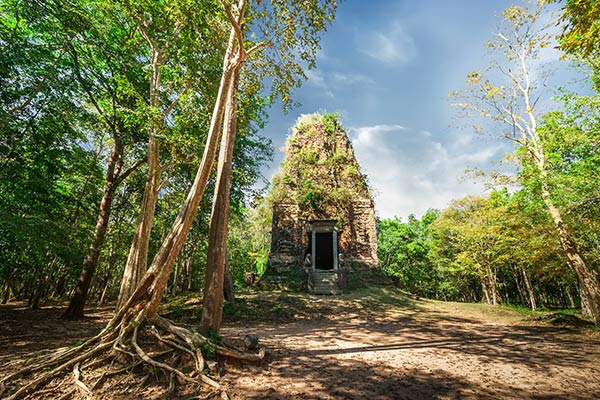 The site includes elements of a unique and original architectural style that later became the basis of the Angkorian temple styles of the Khmer Empire. Many of the decorative styles used in the colonnades, lintels, and pediments on the buildings are unique masterpieces of this decorative idiom. The site is made up of three separate clusters of buildings, in the north, central, and south of the area. Once a majestic site of awe and wonder, it was subjected to bombing during the time of the Khmer Rouge guerillas by US bombers. However, many parts of the site survived the bombings, and were added to the World heritage list in 1992.

There are two other sites listed in the UNESCO World Heritage lists as “Intangible Culture” sites, which covers the arts that are performed during them. The first is the Royal Ballet of Cambodia, also known (incorrectly) as the Apsara Dance, and which is a form of performing art that was first established in the Royal Court of the Khmer Empire from around the 11th century. It was formerly known as the king’s theater, and in Cambodian it is formally called Robam Preah Reach Trop, which means “dances of royal wealth”. Apsara is, in fact, just one of the hundreds of characters that performs in the entire repertoire of the dance, alongside the similarly famous devatas. 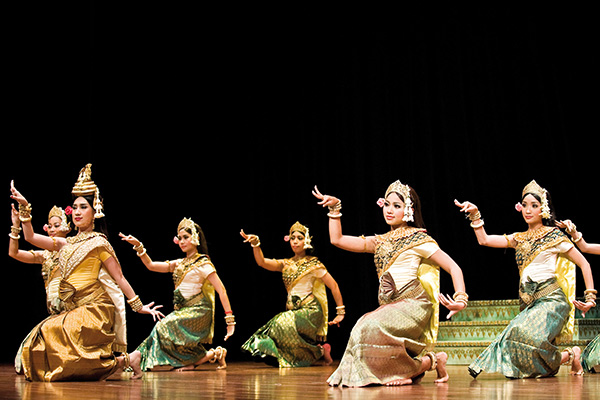 The Khmer Shadow Theater, or Lakhaon Nang Sbek, is a type of shadow-play that uses leather puppets to form the shadows on the screens. The shadow plays come in three main genres, Sbek Thom, Sbek Toch, and Sbek Por. Sbek Thom normally only plays the Reamker, a traditional Cambodian epic poem of the Glory of Rama, which adapted the Hindu ideas and translated them into the Buddhist epic. Sbek Toch and Sbek Por tell a much wider range of stories and folk tales and use smaller sized puppets, and Sbek Por uses colored puppets to make the shadows on the screens colored.