Home > blog > How to Have a Discovery Tour in Phnom Penh?

How to Have a Discovery Tour in Phnom Penh?

Cambodia is a tourist destination catering to any type of traveler. Many visitors flock to this corner of Southeast Asia to witness the outstanding legacy of the Khmers. Others come to familiarize themselves with the local life, bath in the Gulf of Thailand, or something else.

Phnom Penh is the capital and the commercial hub of Cambodia. It is among the best places for acquainting yourself with the country and enjoying the hospitality of its people. 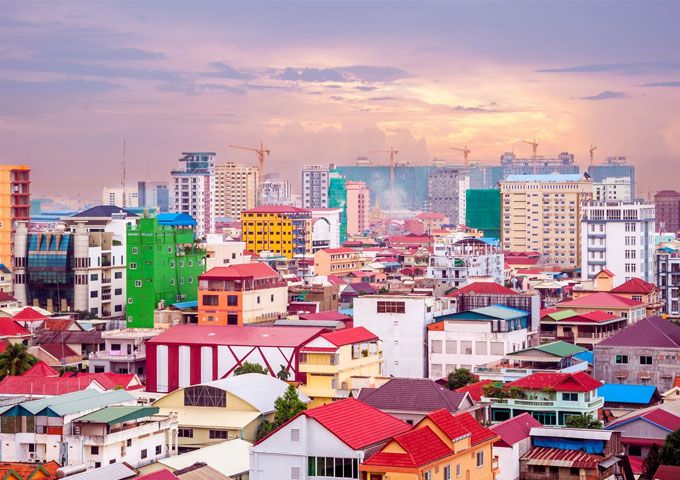 Here, you can enjoy scenic river cruises, visit attractions, and attend shows. Also, don’t eat much in the days before you arrive. You will be glad for it when you start experimenting with the local specialties.

Check for more about 5-days tour including Phnom Penh.

Where is Phnom Penh?

The city of Phnom Penh accesses the confluence of the Tonle Sap and great Mekong rivers. Located in the southeast of Cambodia, Phnom Penh accesses plains, plantations, and rice fields. Besides the two rivers, Tonle Bassac, the country’s third-largest river, flows nearby.

The city is a crossroads to Ho Chi Minh (Vietnam), Siem Reap, and Sihanoukville (Cambodia). It is a regional hub for the airline, boat, and bus companies.

Rolling plains dominate the geography of Cambodia. The country boasts vast forested areas and Tonle Sap Lake – Southeast Asia’s largest freshwater lake. Cardamom in the west and the Dangret Range in the north are the country’s only mountains.

Check for more about how to get Phnom Penh from Siem Reap.

Top things to do in Phnom Penh

Phnom Penh is a thriving city offering many benefits to its visitors. You may travel to wander, enjoy culture, attend spectacles, shop, or else. Either way, the capital of Cambodia is the right place for you.

Royal Palace of Phnom Penh is the synthesis of Cambodia’s history and religious past. Within the complex, you will lay eyes on the Khmer and European architectures and Hindu and Buddhist symbols. 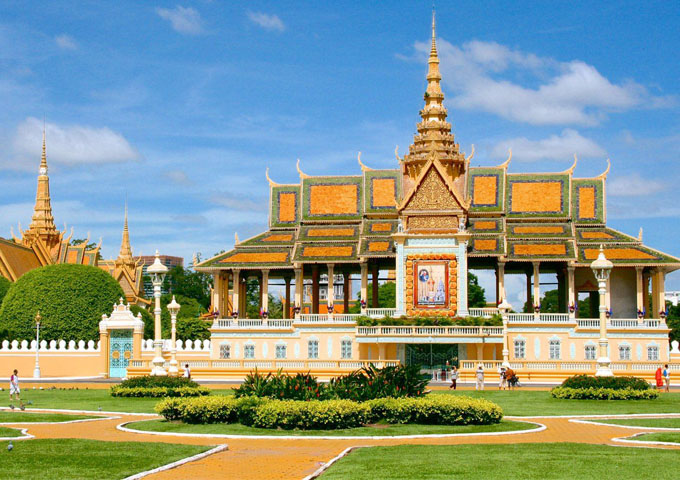 The most imposing landmark of the compound whose golden spires dominate the city skyline is the Throne Hall. This 59 meters high structure displays sculptures and busts of the Cambodian royals. Furthermore, you will see frescoes introducing the Hindu “Ramayana” epic inside.

You can call Hor Samrah Phirun a Room for Sleeping. Here, the king of Cambodia rests before mounting an elephant for a royal procession. Take a look at various gifts the king received from foreign officials and musical instruments.

For a glimpse of a European-style edifice, head to the upper left part of the Royal Palace. There, the Napoleon III Pavilion, a gift from the 19th-century French emperor, is the European masterpiece of the complex.

As you get around, take an occasional break to admire landscaped gardens.

Silver Pagoda, officially the Temple of the Emerald Buddha, is one of the strangest religious complexes you will ever see. This isn’t due to the lack of religious items, but because you won’t see a monk or nun here.

Temple of the Emerald Buddha owes its name to the Buddha statue made of emerald, as you would expect. Besides this one, you will see many statues of Buddha in the temple. 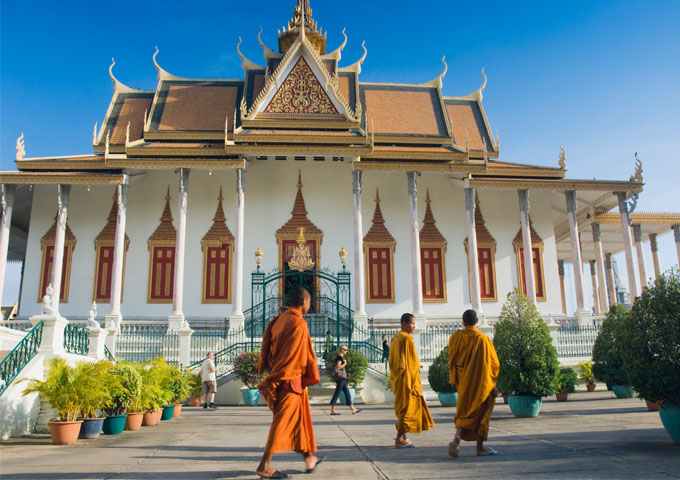 Another Buddhist masterpiece that will make you forget to close your mouth is the Buddha statue weighing 90 kg/198 lbs. As if the weight of this golden item wasn’t enough, the worshipers tried hard to decorate the image with diamonds.

They counted approximately to 2000.

Spare some time to examine silver floor tiles to get a clue about the place’s other name.

Navigate through the National Museum

National Museum is a cultural institution of enormous significance. Clad in terracotta, it is another neighbor of the Phnom Penh Royal Palace. In the museum, you will find exhibits dating from the Neolithic times.

The main reason why you would want to visit the National Museum is to acquaint yourself with the pre-Angkorian, Angkorian, and post-Angkorian eras. This should prove especially useful if you visit the Angkor Archaeological Park after your stay in Phnom Penh. 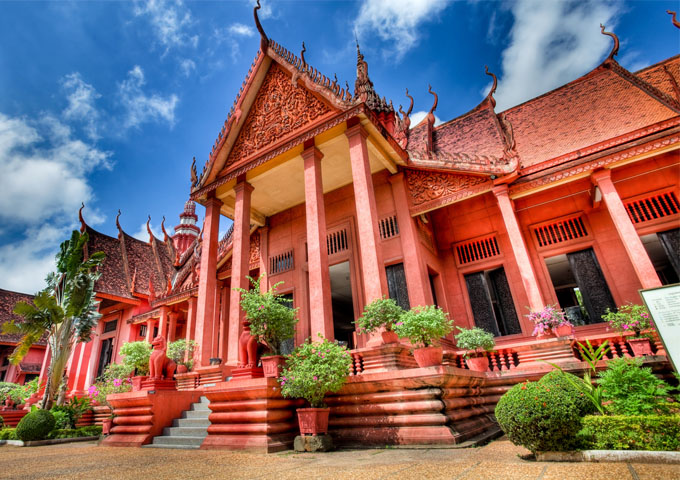 Representations of Hindu deities (Vishnu and Shiva) and Buddha are among the highlights of the museum’s collection.

A splendid garden that contrasts against the red roof is another reason to look forward to visiting the National Museum. The same holds for one of the most outstanding collections of the Khmer sculpture in the world.

The garden of the National Museum is a focal point for an extraordinary spectacle. The show represents the local mythology and culture through various forms of dance. Don’t miss the performance for a deep insight into the Cambodian folklore.

Apsara dancers are the stars of the show. According to mythology, they emerged while the Hindu gods searched for the elixir granting immortality. Every move they make has certain significance, so pay close attention. 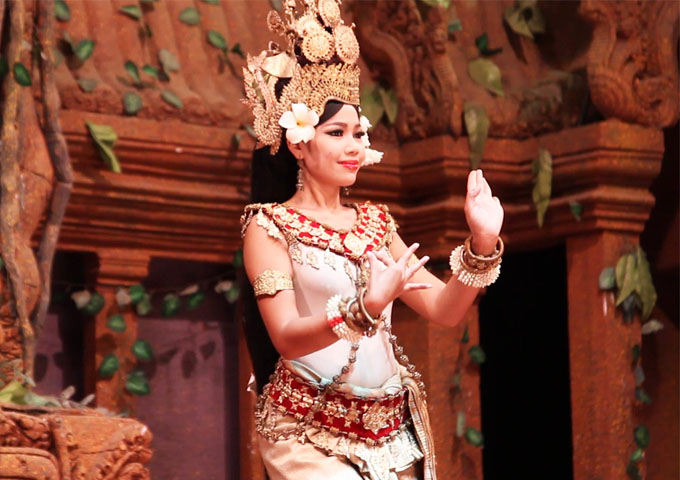 The Khmer musical and dancing performance lasts about an hour. It takes place daily at 7 pm. The full price of the ticket ranges between $15 and $25, depending on the section.

Familiarize yourself with the Khmer Rouge reign of terror

Tuol Sleng Museum and the Killing Fields transport you to the 1970s. Back then, Khmer Rouge, a repressive system that tolerated neither physical nor intellectual opposition, ruled the nation.

From 1975 to 1979, former Campuchia was a place where many atrocities occurred. The result was that about the quarter of the nation’s populace perished due to genocide, starvation, and torture. 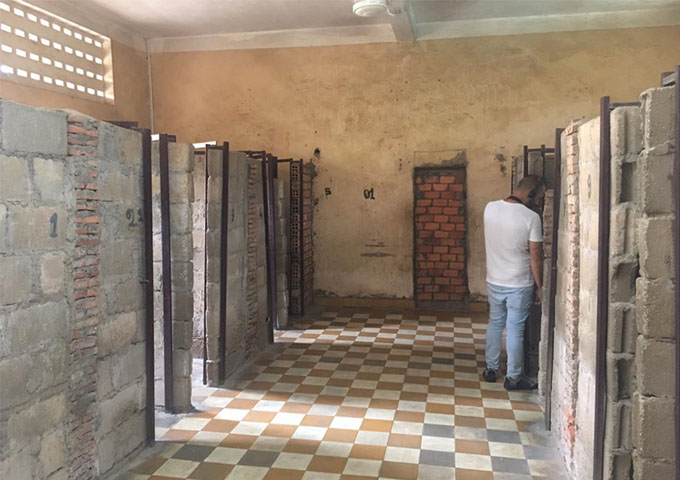 In the Tuol Sleng (S21) Museum, you will see small cells in which inmates were held. In this place, the Cambodians endured interrogation, tortures, and else.

Killing Fields is where executions took place. Thousands of people lay in mass graves here. Killing tree, where prisoners hanged while beaten until they died, is the dark highlight of the Killing Fields.

Many Cambodians who outlasted the inhumane regime are alive today. Once you learn what they were put through and remained positive, you can only hold them in the highest regard. 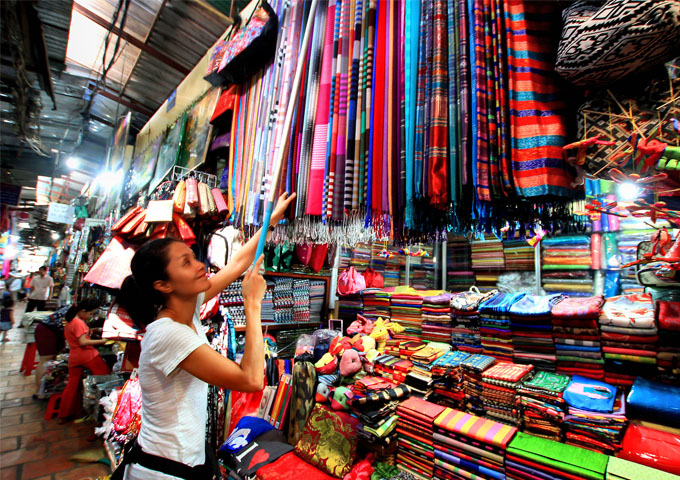 Stuff your pockets with a lot of money. Souvenirs, clothing, arts & crafts, jewelry, and various appliances will make you hand money for them before you think. Just make sure to have an extra pair of hands for carrying since nearly everything is affordable.

The sunset cruise is an unbeatable activity for romance seekers in Phnom Penh. As you cruise along the Tonle Sap and Mekong rivers, pay attention to the floating villages. Also, take note of houseboats in which people live. 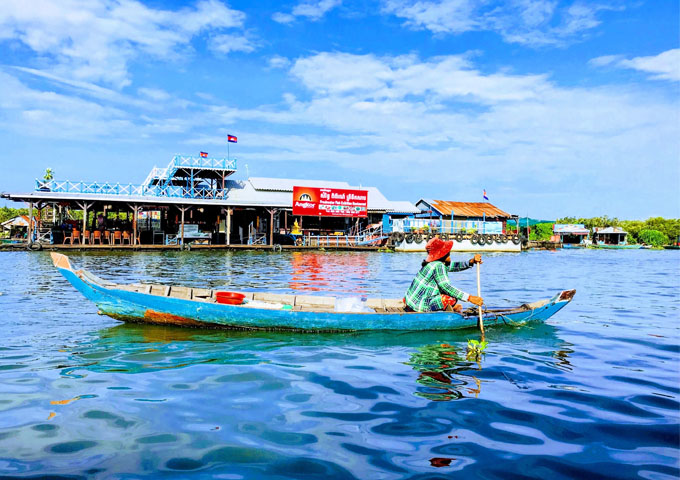 The boat passes by the Royal Palace, allowing you to admire the golden skyline of the complex and the Cambodian capital. During the sunset cruise, you will listen to the sounds of Khmer music.

Take a day trip to nearby Angkorian temples

Temples of the Angkor Archaeological Park near Siem Reap are the most extraordinary Khmer structures in Cambodia for sure. However, you can visit some notable temples not far from Phnom Penh.

Phnom Da, built in the 6th century, is among the oldest Khmer temples. The square structure is 18 meters high and is devoted to Brahma. Brahma is the supreme Hindu deity alongside Shiva and Vishnu. 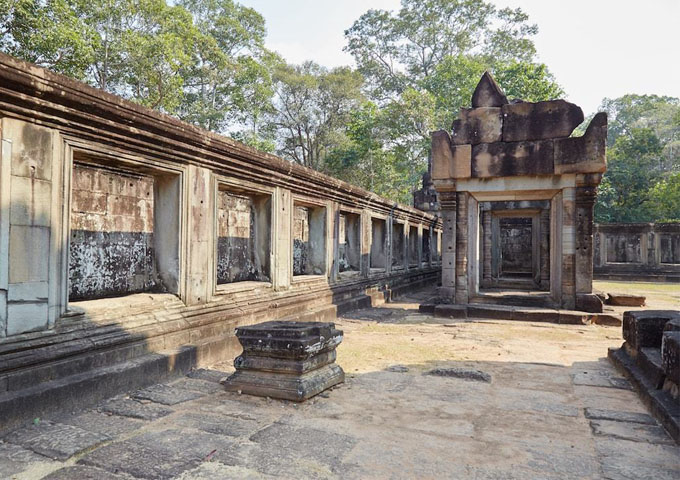 Phnom Chiso is the 11th-century place of worship. Situated on an elevated ground, it offers views of the broad area. Phnom Chiso also features beautiful sculptures.

Attractions and things to do in Phnom Penh grant a great time to travellers regardless of their interests. To make your experience unforgettable, stick to the following tips:

The best time for traveling to Phnom Penh is from December to February. This time of year, rainfall is low and temperatures pleasant.

To cut expenses somewhat, arrive during the neighbouring months. However, you will have to deal with higher temperatures. The same holds for July and August.

If you travel on the budget no matter what, the rest of the year is yours.

The chance is that you haven’t heard about Cambodian cuisine much. Chances are even higher that you will wonder why as soon as you put the first bite into your mouth.

You should try Samlor Machu Trey if you are a fan of the sweet and sour combination. Given that you tolerate hot food well, test your limits with Lap Khmer. When you wish something touristy, order Fish Amok, which tastes like mild red curry. 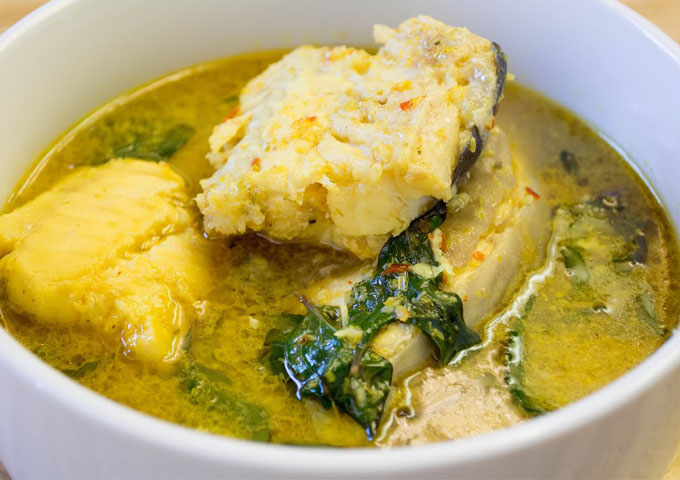 Finally, you can’t leave Cambodia without sampling fried insects. You’ll love them more than most dishes back home, mark my words.

Getting around in Phnom Penh

Tuk-tuk is the best means for you to get around while in the city. Efficient and economical, it is also among the most pleasant ways to get from point A to point B. Especially since sidewalks are unofficial parking lots here.

To benefit from lower fares and better service, use the services of one or a handful of drivers operating near your hotel.

This may sound strange, but hiring a taxi can cost you less than tuk-tuk in Phnom Penh. 24/7 availability is an added benefit of this means of transport. 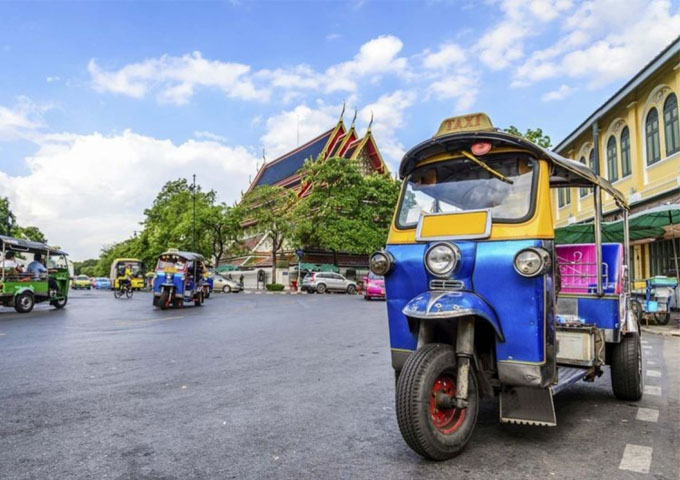 The main and only rule in Cambodia is – respect a person. Even if you aren’t thoroughly acquainted with the etiquette, locals value making an effort equally.

Some main customs are:

● Don’t touch one’s head, not even the child’s, which is the holiest part of the body.

● Since feet are on the opposite end of the holiness range, don’t raise or point them at anyone.

● Accept presents with both hands, but only after you refused them politely.

● Take off shoes when entering temples and people’s homes.

● Don’t point with the index finger.

● Avoid demeaning Cambodia, even when you joke.

● Note that visiting Tuol Sleng and the Killing Fields isn’t suitable for people who get upset with ease.

● Make sure to hire a local guide for a visit to the National Museum. Exhibits don’t follow the chronological order, so expert assistance is essential for avoiding confusion.

● When browsing stalls at the Russian Market, pay no mind to traders advertising “real antiquities” for inflated prices. Even if they were authentic, exporting antiquities from Cambodia can only get you into trouble with the local law enforcement.

Phnom Penh used to be the “Pearl of Asia” before turbulent times caught up with it. However, the Cambodian capital city candidates for the title again, although in a different way.

Hospitable, bustling, and affordable, the city attracts many travellers wishing to discover its public and secret appeal. Maybe you will find getting around a bit demanding if you like to walk. But, you won’t mind that because of exquisite cuisine, spectacular cultural experiences, and romantic moments (for low prices, of course).