Home > blog > The Secret of Vietnamese Cuisine – Eat in Vietnam

The Secret of Vietnamese Cuisine – Eat in Vietnam

As one of the world’s most popular cuisines, Vietnamese food is sophisticated and flavorful, and the unique ways of eating during Vietnam tour, which can vary from North to Central to South, make eating in Vietnam a culinary highlight that is not to be missed. Vietnamese cuisine is renowned for being diverse, healthy, and delicious, with the perfect harmony of vegetables and spices, and each of the three regions of Vietnam have their own unique cuisines and eating habits. There are three main factors involved in delicious Vietnamese cuisine: the sophisticated use of ingredients, the unique methods of processing the ingredients, and the diversified methods of cooking. 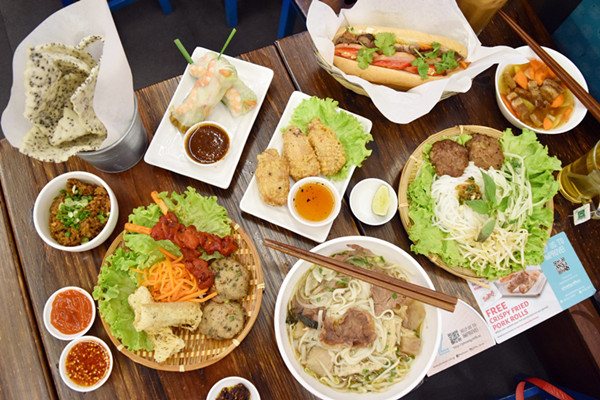 Vietnamese cuisine is popular for its use of only fresh ingredients (no dried herbs and chili flakes here); for the nutritious value of the meals that they cook for every meal, maintaining a healthy attitude towards eating; and for the wide variety of cooking techniques that can be found from north to south. With three different regions producing three different styles of cooking that makes up the classic Vietnamese cuisine, it is no wonder that this Indochinese nation has risen to be among the top cuisine styles around the globe.

Vietnam is a typical wet rice country, and rice can be found as the staple ingredient in every dish in the country, as well as being a major part of many snack foods and desserts. This use of rice as the main ingredient in any dish may be partly because Asia has long been a rice-consuming region, but has more to do with the Vietnamese belief that rice originates from the legendary Mother Goodness Worshipping, and represents happiness and respect for the Mother Goddess.

Vegetables also feature heavily in Vietnamese cuisine, as well as a good blend of herbs in almost every recipe in Vietnam. The unique and diverse climate of Vietnam results in a wide variety of both western and Asian vegetables and herbs. Because of this heavy use of vegetables and minimal meat use, as well as being low in fat and less oily, Vietnamese cuisine has become well-known for being one of the healthiest options when it comes to food. 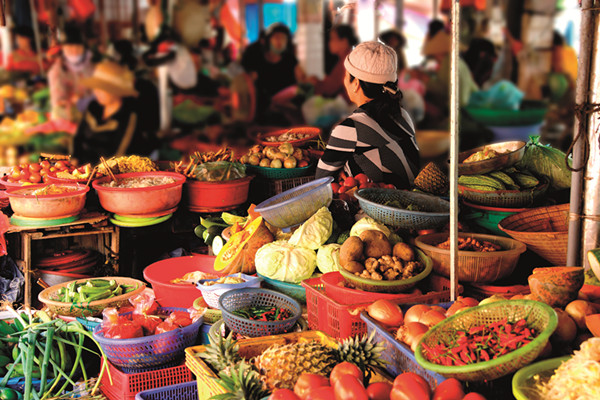 Check for more about Vietnamese vegetarian.

Vietnamese eat using all five senses, which inspires the food to be enjoyable in every way. Dishes must be presentable and attractive to the eyes, while having a fascinating aroma to catch in the nose and the right texture for the food that is being cooked. You also have the flavor of the food, which must be pleasant to the tongue, and for many Vietnamese, there should be a “sound” when eating certain foods that complements the other four senses, and some foods are even named for the sounds they make when being eaten.

Vietnam is also a Buddhist country, and the Buddhist philosophy is also present in their cuisine. Known as the Five Element Correspondence, it associates a flavor, such as sweet, sour, bitter, salty, and spicy, with one of the five natural elements: Fire, Earth, Water, Metal, and Wood. This harmony of the elements is another reason why Vietnamese dishes have very contrasting textures that work in perfect harmony. This means that the balance of the herbs and spices give a different taste to the major ingredients in the dish.

Vietnamese cuisine is hugely varied, and there are thousands of different dishes across the country, and some even have regional variations on a popular theme of the dish. This variety of cuisine is unique and each area of the country gives the cuisine its own historic, cultural, ethnic, climatic, and geographical characteristics. Vietnamese cuisine can be categorized into various classifications, based on their use and ingredients.

The staple food of Vietnam is rice, and almost everything comes from this main ingredient or includes it in some way, with few exceptions. Most main dishes will include rice, as it is the main ingredient in almost every Vietnamese dish, while noodle dishes are more popular as snacks and light meals, rather than main meals for the family. Even the noodles that are eaten are made from rice flour, instead of egg noodles.

Pho is the most popular dish in Vietnam, and is listed as the national dish. A delicious soup made from rice noodles and flavored with herbs and garnished with sliced red chilies, kaffir lime, bean sprouts, cilantro, and basil, it is the base for most other soups in Vietnam. Rice noodles are also used as part of non-soup dishes, such as Bun Bo Nam Bo, or Beef on Rice Noodles. Tender strips of grilled beef are laid on a bed of fresh vermicelli noodles and topped with fresh herbs and peanuts, and served with a choice of dipping sauces containing papaya and chilies. 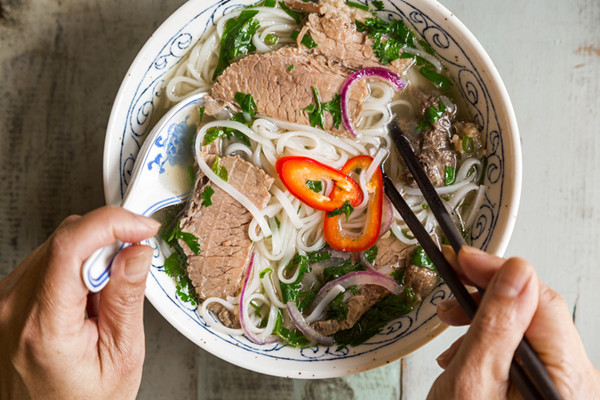 Wraps are also a popular staple of Vietnamese cuisine, and are one of the French-influenced flavors of the country. The most popular, Banh Xeo, is a crispy savory crepe wrap, stuffed with a variety of cooked meat, bean sprouts, and fresh herbs, then wrapped in lettuce with a garnish of basil, mint, and mustard leaves. But for the ultimate French-influenced staple in Vietnam, you cannot do better than the Banh Mi that can be found all over the country. Found in both restaurants and street stalls, these delicious French baguettes can have almost any filling you want, and serve as the most filling snack in the country. 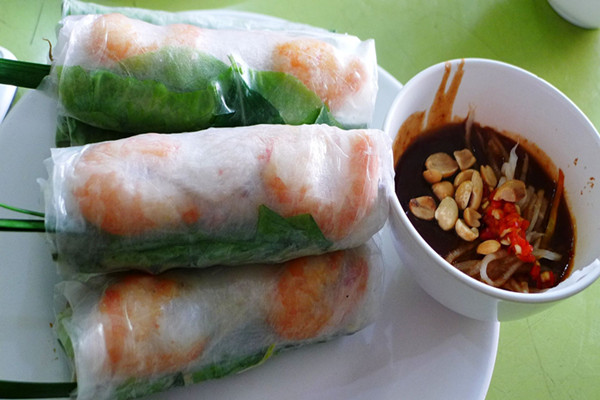 Vietnamese food does have a use of meat or seafood in low quantities in most of its dishes, but the use of beef, pork, chicken, crabs, shrimps, etc. is always done in harmony with the vegetables and fresh herbs and spices in the dish, so that each compliments the other to give a great and balanced flavor. The most famous of all the seafood dishes is Cha Ca, and is so popular it has a street named after it in Hanoi. The dish is made from sizzling chunks of fish, seasoned with ginger, garlic, dill, and turmeric, and served on a hot pan at the table.

Go anywhere and you can find the typical Vietnamese barbecued pork, marinated and grilled over smoking coals. Known as Thit Nuong, it can be used in a variety of meals, such as baguettes, wraps, and as a topping for noodles. The use of meat is actually small in most Vietnamese dishes, although it can be found in hundreds of different dishes in small quantities. 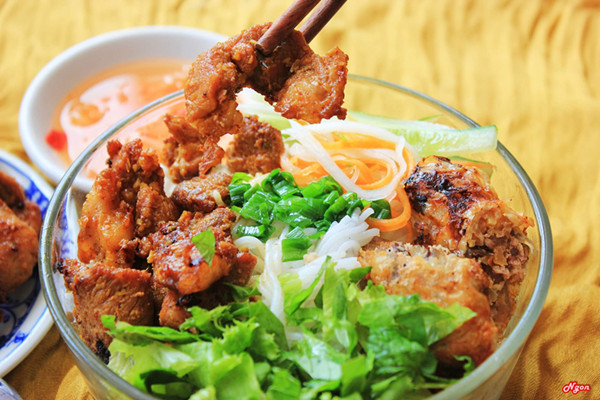 Bo Luc Lac is one of the more popular beef dishes, and consists of cubes of lean beef sizzled in a wok with pepper, garlic, and red bell peppers, with cilantro. Translated as Shaking Beef in English, the name comes from the way the meat is shaken around the wok when cooking. And if you are looking for that perfect lunch, then the most eaten lunchtime dish is Bun Cha. Made from patties of seasoned pork and slices of marinated pork belly grilled over smoking coals and charred, it is served with a broth made from fish sauce, a bed of rice noodles, and a basket of herbs, so you can season it yourself.

When it comes to vegetables, Vietnam has the edge over anywhere else in Asia, found in more than 90 percent of dishes in Vietnam. Vegetables such as cabbage, bamboo shoots, chayote, kohlrabi (a kind of cabbage where the root and stem are the main food part), bitter melon or ampalaya, spinach, cucumber, and Chinese broccoli are the most popular vegetables in use in Vietnamese cuisine. Water spinach is the most common vegetable in Vietnam, and is considered to be as important for many Vietnamese dishes as rice. 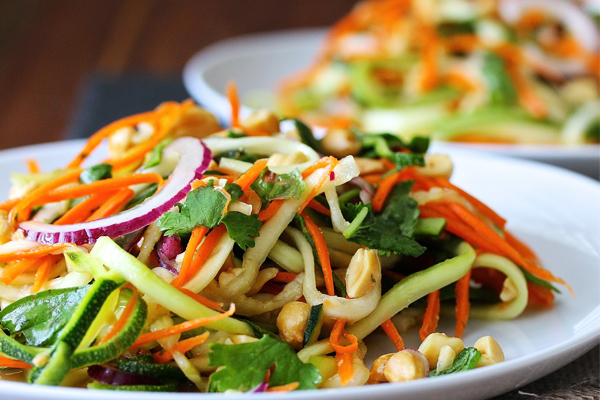 Rau Muong Xao is a popular vegetable-only dish, made from stir-fried fresh pea shoot tendrils, seasoned with pepper, garlic, ginger, sugar, soy sauce, fish sauce, and black bean sauce. The dish is traditionally served over jasmine rice and often with a side dish of fried tofu.

Tofu is one of the main ingredients in many vegetarian dishes in Vietnam, in replacement of the meat or seafood, and the most popular is the Gui Dau Hu, or Crispy Tofu in Tomato Pepper Sauce. The tofu is cut into cubes and fried until it is golden and crunchy on the outside and fluffy and light on the inside. The sauce is made from garlic, shallots, chilies, tomatoes, fish sauce, sugar, and salt, and garnished with spring onions and cracked black pepper.

Vietnam has dozens of desserts and beverages, and most of them are sweet and delicious, often using coconut milk, glutinous rice, and sago. Che Chuoi is a sweet drink made from bananas with sago pearls and sweetened coconut milk and served in a bowl with a spoon. Che Troi Nuoc is a form of rice dumpling, made from glutinous rice and filled with mung bean paste, and cooked in a soup of sweet ginger and coconut milk. And there are even desserts that use vegetables, such as Che Ba Ba, which is made from cubes of cassava, sweet potato, and taro, boiled in coconut milk, and decorated with sago pearls and crushed ice on the top. 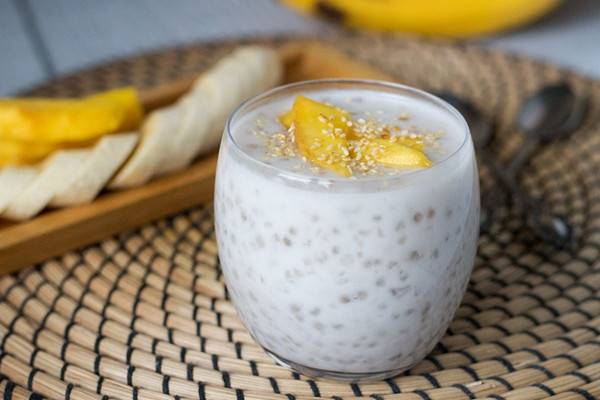 Vietnamese cuisine is one of the most popular cuisines around the globe, but no matter where you can find it, there is nowhere like Vietnam for that authentic flavor and taste. The dedication of making Vietnamese food comes from the desire to please the eaters (usually the family) and the Buddhist philosophy of the Five Elements, which balances the food to make it better for your health and well being. With three separate regions, Vietnamese foods vary greatly from north to south, and no two regions have the same dishes, though varieties can be found across the three regions.