Home > blog > What Currency Could be Used in Vietnam Tour?–Money Guide in Vietnam

What Currency Could be Used in Vietnam Tour?–Money Guide in Vietnam

Rated in Life Magazine as number 8 in the list of Top Tourist Countries around the world in 2017, Vietnam has come forward in leaps and bounds since it opened to tourism almost 30 years ago. As one of the most popular modern tourist destinations in Indochina, and indeed across Asia, Vietnam has seen a huge increase in tourism over the last ten years.

With more than 15 million international tourists visiting the country every year, this long narrow land has become immensely popular around the globe. For anyone planning a trip to Vietnam, it is important to understand the currency of Vietnam, what other currency can be used there, and the standard exchange rates.

The official currency of Vietnam is the Vietnamese dong, which has the symbol ”₫”. The dong has been the official currency since 1978, and has gone through several changes since it was first introduced. The term comes from the Vietnamese for money, “dong tien”, and each dong was split into 10 “hao”, which was then split into ten “xu”. However, neither of these are used now, as coins are no longer part of the modern currency. 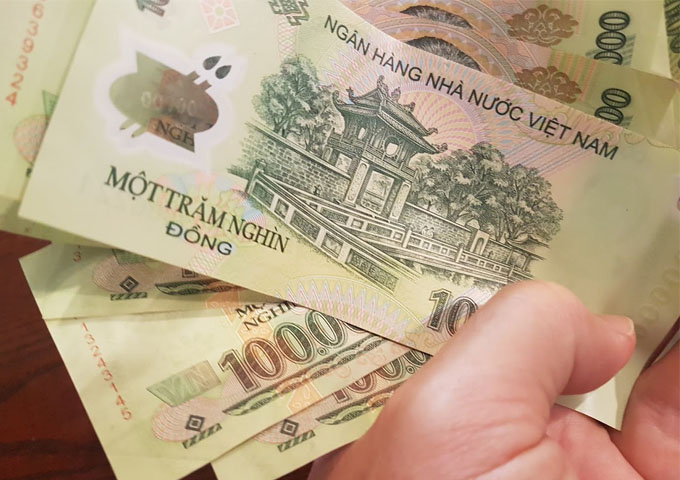 After the complete reunification of Vietnam, the modern dong was issued across the country in May 1978, and underwent a huge re-evaluation in 1985, when the new value of the dong being equal to ten old dong. 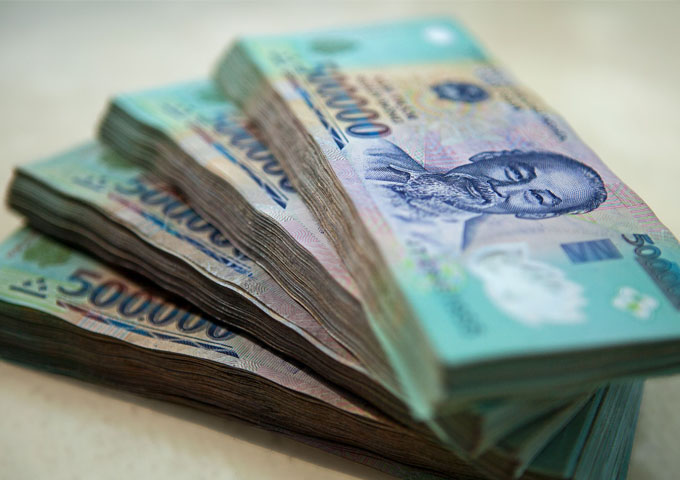 All of the notes have different pictures on the reverse side, and the portrait of Ho Chi Minh on the obverse side. The older cotton banknotes for the denominations of 200, 500, 1,000, 2,000 and 5,000 dong still remain official currency for the time being.

Currently, the exchange rate for the dong is around 23,183 to the US dollar, 25,893 to the Euro, and 29,990 to the UK Pound. Exchange rates do vary depending on the global exchange market, and for those traveling to Vietnam on vacation, you can often get a better exchange rate after you arrive.

The US dollar is the most popular foreign currency used in Vietnam, and the dong is tied directly to the US dollar in the exchange markets, making it a viable option for spending larger amounts in the country. Many of the larger establishments, such as hotels and department stores, will show the price of their services and goods in both dollars and dong, though the exchange rate they use is not beneficial to the customer. If you can convert from dong to dollars easily, then you will find that the dollar price is often higher than the price tag in Vietnamese dong. 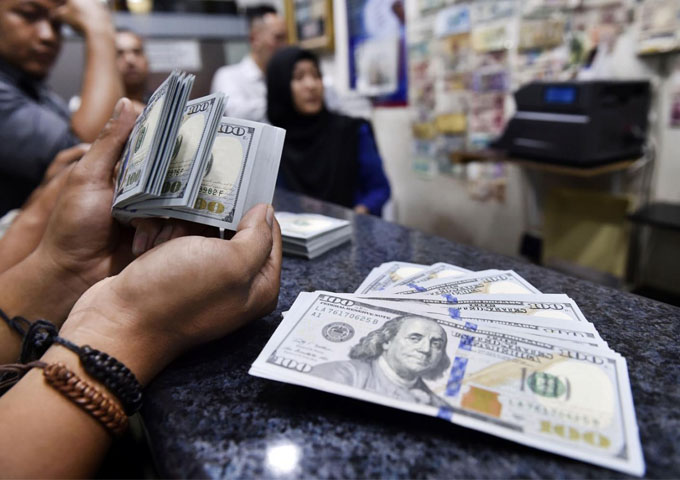 For many of the larger bills you will pay, such as your hotel bill or expensive purchases of gold and jewels, it can sometimes be useful to pay in dollars, as you will be able to bargain a little on some things, to get the price more in line with a better rate of exchange. However, it is not a good idea to use dollars for small purchases, since most small shops and stores would not be able to exchange 100 dollar bills to give the right change. It is essential that you carry Vietnamese dong for everyday purchases, as well as for tickets on trains, buses, and attractions, where the dollar will not be accepted.

In some northeastern areas of Vietnam, you can also find people using Chinese Yuan, instead of the dong, though this is not a common thing and rarely found outside the areas closest to the Chinese border. 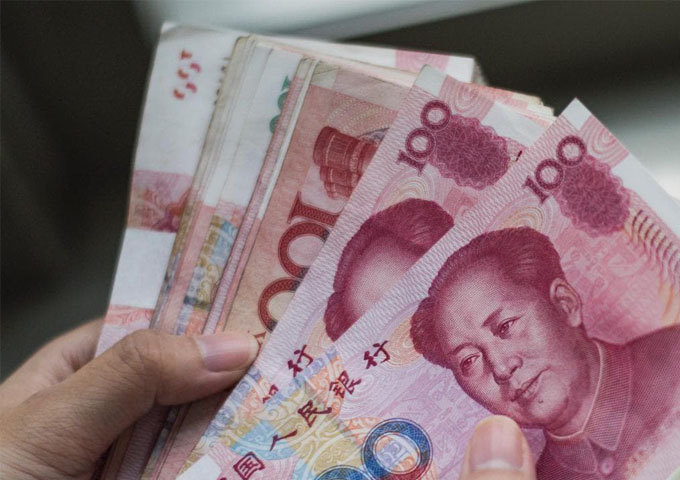 How to exchange currency in Vietnam?

While it can be hard to get to grips with all those zeros once you have exchanged your dollars for dong, it is a good idea to do so for most of the things you will need. Money can be changed at a variety of outlets, including banks, large hotels, and jewelry shops, as well as the money changers you can find in some stores around the country.

Banks and foreign exchange business (money changers) are the best option for exchanging currency, and will give you a better exchange rate than anywhere else. Overall, the best moneychangers are found at the airports, and have comparable rates to the major banks. 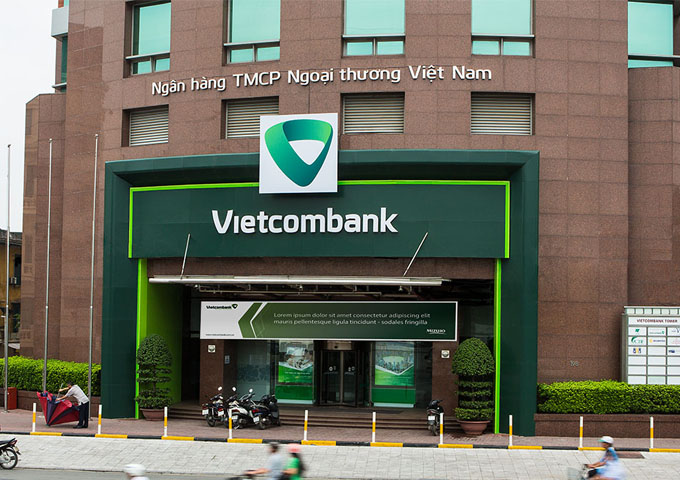 The main bank in Vietnam is the Vietcombank, and will exchange US dollars, Euros, British Pounds, Japanese Yen, Thai Baht, and Singapore dollars for local dong. Banks in the major cities of Hanoi and Ho Chi Minh City will also exchange travelers checks for a fee, and all exchanges are subject to a commission fee of around 0.5 to 2 percent. Make sure you bring new notes to get changed, though, as no one will accept old, ripped, or damaged notes.

Hotels can also offer exchange services, and while the exchange rate is lower than the banks, you can make do for the convenience provided. Larger hotels will be able to offer better rates, while smaller hotels may also add a small fee for the exchange. 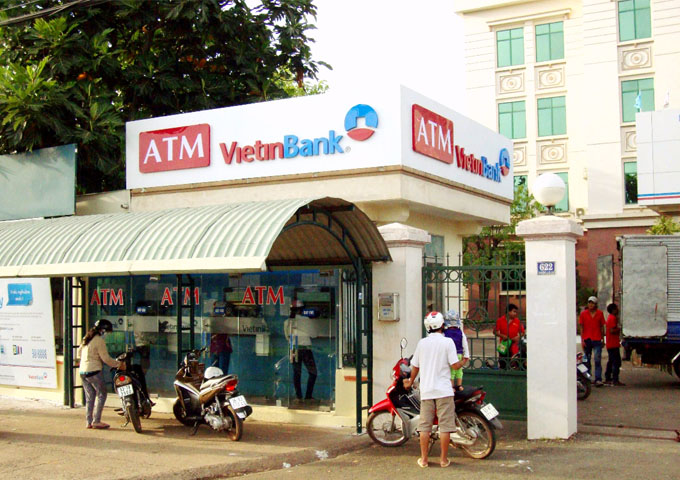 Gold and jewelry shops offer currency exchanges as well, though some of them are still actually illegal. However, this is generally ignored, and there are plenty of small shops that will give you a surprisingly fair exchange rate, with no added fees. You may need to shop around to get the best rate, but it can be comparable to hotels and money changers. Check out the shops in Hanoi’s Old Quarter and the Nguyen An Ninh Street in HCMC.

How to use ATM and credit card in Vietnam?

All of Vietnam’s major cities have ATMs. And even in the smaller towns, you can often find an ATM attached to the local banks, though you will cry at the charges you may have to pay. However, there is no guarantee that the towns you are heading to have an ATM with money in it, so it is a good idea to withdraw from the larger cities before traveling to more remote areas. 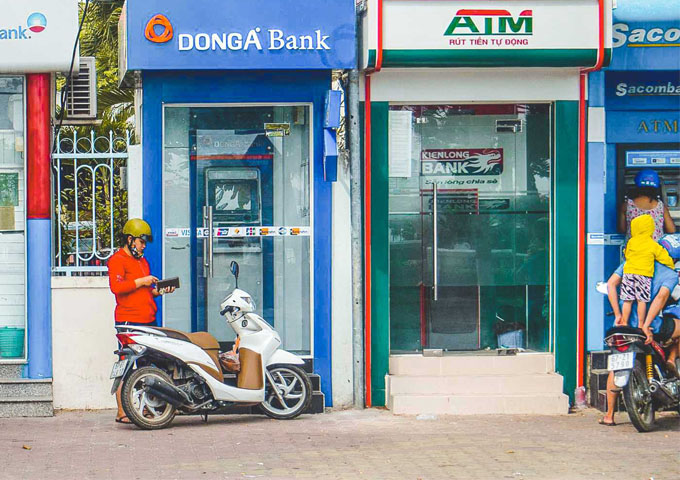 Fees do vary from bank to bank and area to area. In some areas, you can get away with lower withdrawal fees, but for the smaller banks and ATMs in remote areas, you can expect to pay as much as 1.5-2 percent per transaction. It is also useful to know that the ATMs in the Pham Ngu Lao area of Saigon, which is popular with backpackers, often charge more extortionate rates, up to as much as three percent, according to some financial reports.

Cash is the main currency in Vietnam, though there are more places where you can use credit cards these days. The main places that accept cards for payment are larger hotels and restaurants in the major cities. VISA, MasterCard, and Amex are the most popularly accepted cards in Vietnam. You can also use your credit cards for cash advances at ATMs and in banks, but you will pay a fee of around 3-4 percent per transaction on top of your card issuer’s charges.

Caution is the watchword when using ATMs in Vietnam. If you are withdrawing large amounts from ATMs in the larger cities, up to the maximum, be careful when getting the money, as 9,000,000 dong amounts to a very thick wad of cash.

Checks are not accepted in Vietnam, so you may as well leave your checkbook at home. Some larger banks will accept banker’s checks, but charge horrendous fees as the processing is costly. 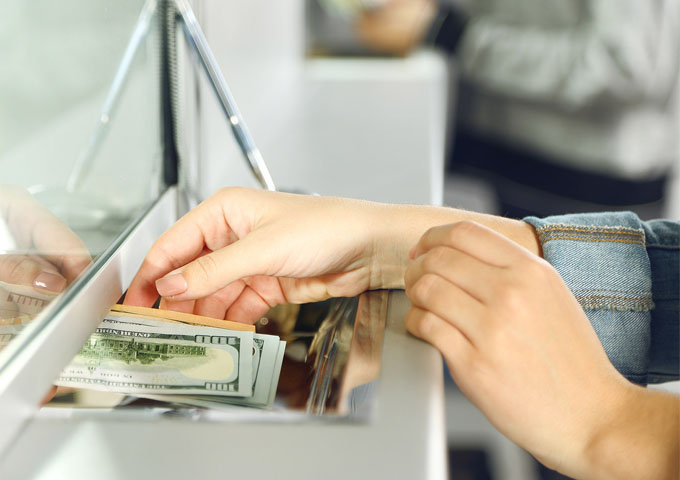 Paying in Vietnamese dong can get you a much better deal than using dollars, as the listed price in dollars is often higher. Fewer smaller shops are now accepting dollars as well, so you are better off not using them and exchanging all your currency for dong.

Tipping is not generally common in Vietnam, and most major hotels and restaurants already add 5% to the bill as a service charge. However, small tips for waiters in smaller restaurants, hired drivers and taxi drivers, and your guide will be much appreciated.

Haggling is the norm in Vietnam, and when buying gifts or items, you should expect to haggle the price down, rather than accept the listed price. Even where the shop signs have “fixed prices”, they are never really fixed, and you can always haggle a little. Most prices for tourist-oriented items are normally overpriced by around 300%.

While it is possible to use US dollars in certain places in Vietnam, the most widely accepted currency is the official Vietnamese dong. Exchanging your dollars for dong is often better for getting good prices, and you will find that you can get a better exchange rate in the banks or the small jewelry and gold sellers’ shops.