Home > blog > What Currency is used in Laos? — Money Issues in Laos

What Currency is used in Laos? — Money Issues in Laos

Set amidst the bloated tourist development of its neighbors, Laos has retained many of its ancient traditions, something that has begun to disappear in some of Southeast Asia’s other popular tourist destinations. Touring in Laos is the fastest-growing industry in the country, though, and this small landlocked nation regularly sees over four million international visitors a year. A popular destination for travelers from the United States and Europe in recent years, still more than two-thirds of its annual tourist influx comes from other Southeast Asian nations, including Thailand, Vietnam, and China. However, this delightful sub-tropical destination of rice fields and stilt-houses is fast becoming one of the major Indochinese holiday destinations for western travelers. And for those that are yet to visit, knowing how the currency works in a small nations in Asia is an important part of vacation planning.

Check for more about how to plan a tour in Laos.

The official currency of Laos is the Lao Kip, which is denoted on banknotes as “₭ “. However, this currency has only been used in Laos since 1952, and before that, the currency used was the French Indochinese Piastre, which had been introduced by the French in the colonial period from 1893–1952. 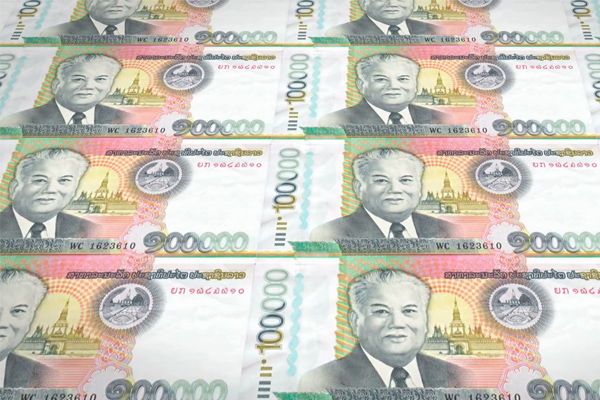 While a version of the Kip was introduced in 1946, this was removed after the French once again took control of the country, and the Piastre continued until full independence was gained in the 1950s. In 1952, the Royal Kip was issued as the official currency of the former Royal Kingdom of Laos. Banknotes were issued in 1953, and the Royal Kip remained until the Pathet Lao takeover of the country in 1975. A Pathet Lao kip was introduced for three years, and in 1979, it was replaced by the Lao PDR Kip by the government of the newly-formed Lao People’s Democratic Republic.

While the official currency in Laos is the Kip, other currencies are also commonly used for spending in Laos, though not legally or with government approval. In reality, there are actually three national currencies, the Kip, the Thai Baht, and the US Dollar. It is also possible to use Chinese Yuan in some parts of Laos, though it is not as popularly accepted as the dollar. 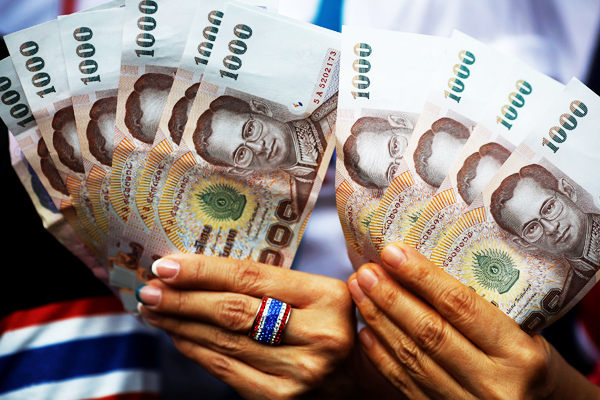 Dollars are the most popular form of currency for traders in Laos, as they can hang on to the currency until exchange rates rise, and then cash in at a profit with the local banks. Dollars are also a more popular way to pay for larger items that you might need to shell out for in Laos, so it is handy to have some larger dollar bills with you. And even your visa, if you are using the Laotian Visa on Arrival service, will need to be paid for in cash, and dollars are the most accepted currency.

How to exchange currency in Laos?

If you are carrying your home currency on arrival in Laos, then you will need to change it into Lao Kip, as you cannot really pay for a soda with a 50 dollar bill. Money changing in Laos is relatively easy, and you have a choice of moneychangers, your hotel, or the local banks. Generally, the exchange rates at banks and moneychangers are close to the same, and both will offer you a higher rate for changing larger bills such as $50 and $100 than for tens and twenties. Hotels will change anything, but will give a lower exchange rate, and often charge a fee as well. 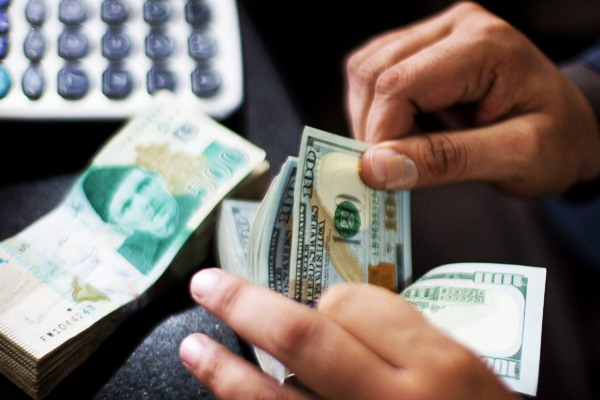 The major banks in Laos are found in Vientiane and Luang Prabang, and can usually change a wide number of currencies, including British Pounds, Canadian Dollars, Euros, and Australian dollars, as well as the usual US dollar. However, outside the large cities, you will only be able to exchange US dollars, so it is best to bring US dollars with you, no matter where you are traveling from. Laos is a mainly cash-based country still, and it is in your best interests to bring cash rather than using credit or debit cards if you can. However, you need to make sure it is secure, as there are sometimes pickpockets in the busy markets and streets of Vientiane and Luang Prabang.

If you are exchanging your currency into the Lao Kip. Make sure that you change it back before you leave the country. Banks outside Laos do not handle Lao currency for exchanges, and once you leave, the Lao currency you have left is useless unless you are going back again soon.

How to use ATM and credit card in Laos?

ATMs can now be found all over Laos, and are as easy to use as the ATMs at home, showing the transactions in both Laotian and English. However, the ATMs only dispense cash up to a maximum of 700,000 to 2,000,000 kip (US$85 to US$250) at a time, depending on the bank. You will also have to pay the withdrawal fee of the issuing bank, as well as any fees your own bank or card provider charges for international withdrawals. 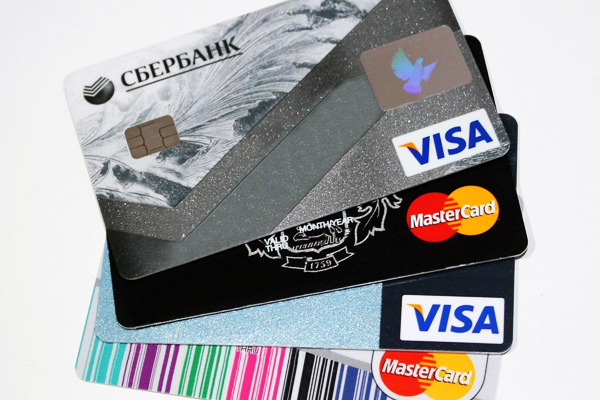 There are an increasing number of hotels, restaurants, and gift shops in Laos that will now accept the major credit cards (VISA, MasterCard, and Amex and JCB to a lesser extent), however, you will normally only find them in Luang Prabang or Vientiane. Outside the major centers, credit cards are almost useless. The Banque pour le Commerce Extérieur Lao (BCEL) in most major towns and cities will offer cash withdrawals over the counter on VISA and MasterCard credit cards, but there is normally a higher fee. Other banks may offer this service in Vientiane and Luang Prabang, but do not advertise it anywhere, so you will need to shop around and ask, to try and get the best deal.

Laos relies heavily on the three currencies for its cash economy, despite the Thai baht and US dollar being unrecognized by the government. On average, only around one third of all cash circulating in Vientiane is the Lao Kip. The other two-thirds are equally spilt between Thai baht and US dollar, with little Chinese yuan in general circulation.

The kip is actually the preferred currency for small transactions, usually up to around 200,000 kip. Anything above that, and you can expect to see the price in kip as well as baht or dollars on the price tag (if there is one). For items that are priced at around one hundred dollars and above, it is a lot more likely to be priced in dollars already.

Traveler’s checks are easy to exchange at many banks in Laos, but they will only exchange for Lao Kip. Checks that are in US Dollars are the most popular, but other currencies, including British Pounds, Australian Dollars, Canadian Dollars, and Euros are also changeable. Moneychangers normally will not touch travelers checks, as they cannot get them changed themselves once they have made the transaction. It is best to deal with a major bank only. 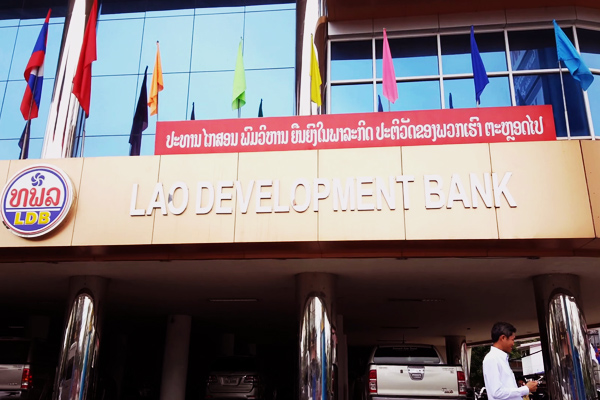 Bank checks, the kind you write yourself and use a card to validate, are not accepted anywhere in Laos, so leave your checkbook at home.

Safety is a major concern when traveling abroad, and you should try to ensure that your money is kept in a safe place at all times. Your pants pocket is not always as safe as you may think. For those carrying a lot of cash, the hotels normally have safes if you are staying for more than one night, and will allow you to deposit valuables and cash so you are not carrying all your money with you. Bring a money belt that fits around your waist under your clothes, as this is one of the most secure ways to carry money, and is hard to pickpocket. 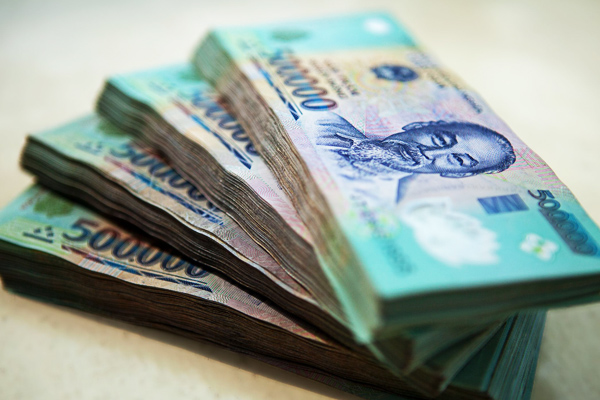 Try not to flash large amounts of cash around when making a purchase. In general, the people of Laos are relatively honest, especially when helping foreign travelers deal with the confusing local currency. However, there are opportunists that are always on the lookout for an easy score, and waving bundles of kip or dollars around marks you as an easy target.

Traveling in Laos is not as hard as you might think when it comes to money. You get to use the kip or the dollar in almost everywhere you go, and can easily change money in banks all over the country. There are even ATMs everywhere for those that can afford the extortionate western bank charges for international withdrawals. Just remember to keep your money safe, change what you need when you need it, and leave your last few hundred thousand kip in the country when you leave. It makes a good tip for the taxi driver to the airport.