Visa for Cambodia and Laos Tour 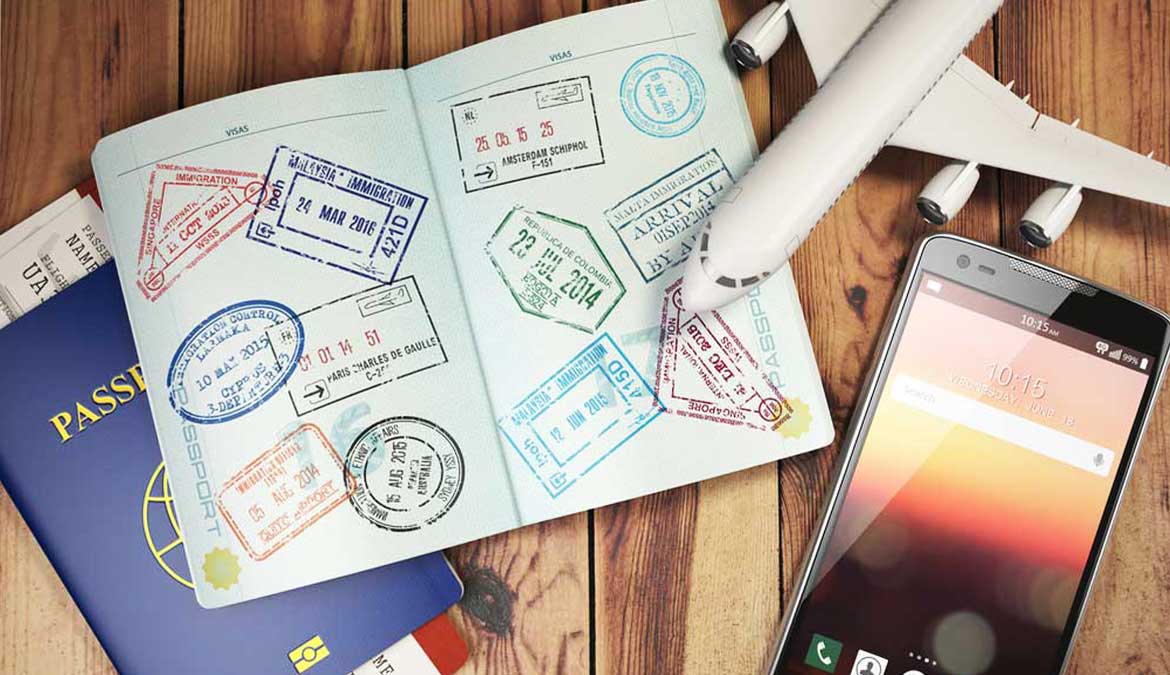 As two of the most popular countries for tourism on the Indochinese Peninsula of Mainland Southeast Asia, Cambodia and Laos have very relaxed attitudes towards tourist visas. With tourism being major industries for both countries, getting a visa has never been hard, and is now easier than ever, with multiple options on application processes, including the popular Visa On Arrival (VOA) services available in both countries.

Traveling from one country to the other is also relatively easy, with flights between the major cities and several land border crossings. Visas are required for both countries for majority of foreign citizens outside Asia itself, and can be done in several ways for both countries, with the governments promoting tourism worldwide and making visa applications as easy as possible.

As with most countries, Cambodia requires a visa for majority of its visitors, and while it does have several options for the visa application process, there are certain restrictions on who can utilize their online and VOA services. However, the ability to apply for a visa at any of the Cambodian embassies and consular offices around the world, regardless of your home country, is always possible. To get the visa for Cambodia, you only need your passport, one passport-sized photo, and the US$30 visa fee.

Cambodia’s newest and fastest visa service is the online E-visa, which can be applied for anywhere in the world with an internet connection. The E-visa is being heavily promoted by Cambodia’s Tourism Department to reduce the pressure on visitors using the Visa On Arrival service, which has left many entry points overloaded with applicants in recent years. The processing of the E-visa is simple and quick, and means travelers can save time when entering Cambodia from Laos by applying for the E-visa a few days before traveling across the border. 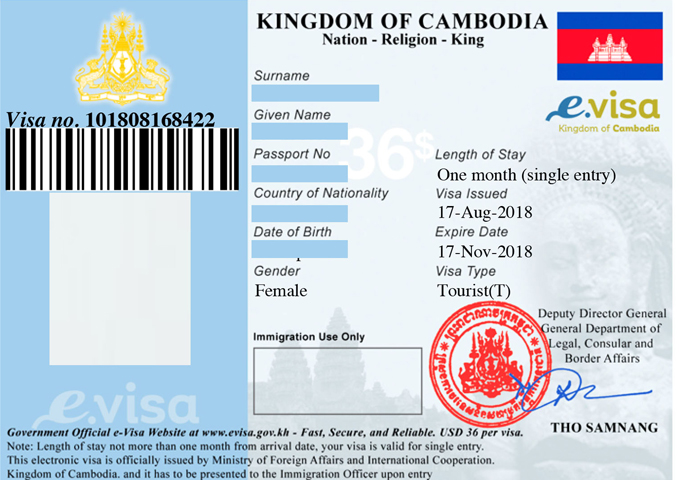 However, the down-side to the E-visa for Cambodia is the need to have either a VISA or MasterCard credit card to pay the increased fee of US$36, as no other payment method is accepted. This is expected to change by the year 2020, to allow other cards and some other forms of electronic payment methods, such as mobile wallets and PayPal. The E-visa also has restrictions on entry points from Laos, and can only be used at the airports and the border crossing point at Tropaeng Kreal.

Currently the most popular option for travelers entering Cambodia from Laos, the Visa On Arrival service is hugely overused during the peak season for tourism, and queues can mean that the processing of the visa at the various entry points can be as long as 2-3 hours. However, with the service being available at all airports and the two main land border crossings from Laos, it is the best method of obtaining a visa for Cambodia.

The visa costs just US$30, the same as when applying through an embassy or consular office, and requires just the passport and two photos. The application forms are normally issued while traveling on the buses that actually cross the borders overland and the processing is often done by fixers at the immigration checkpoints, so you can wait comfortably in the vehicle. However, this does normally cost an extra few dollars, but it is worth it to save you from standing in long queues for several hours in the busy periods, and the fixers are diligent in their business, so it is quite safe to do it. The immigration officials allow this at both main land border crossings to reduce the queues, and have arrangements with the bus companies that run across the border as well. 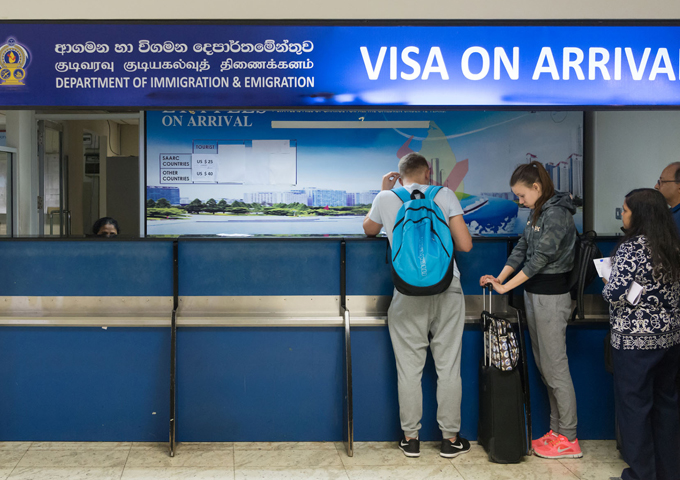 Applying for the Visa On Arrival at the airports, however, does require you to queue, as there are no fixers to do it for you, and the applications form is normally handed out on the plane to those that need it. You should be aware that many of the immigration officials do not speak much English and have problems pronouncing western names, so it is important to keep an eye on the one handing out the visas at the end of the Immigration Desk, as they will often just hold up the passport with the photo page outwards to call you to collect it.

There are only two border crossing points for international travel from Laos to Cambodia, which are at Dong Krolar and Tropaeng Kreal. Both checkpoints have the VOA service, although only Tropaeng Kreal accepts E-visas. Dong Krolar is often closed to foreign travelers without notice, and this status changes continuously, so if you are crossing overland, Tropaeng Kreal is the best place to head for.

Laos has requirements for all travelers entering from Cambodia to have a visa before being allowed to enter the country, and all visa applications require a valid passport with six month’s validity remaining, as well as having two facing blank visa pages and one passport-sized photo. Laos has very few embassies or consular offices outside Asia, so it is made possible to make an embassy or consulate applications at any of the embassies or consular offices across Asia, and for those traveling from Cambodia, the embassy is in Phnom Penh. The visa fee in the embassy depends on your country of origin, so it is best to check the amount required with them before making the application.

Laos has no E-visa service at this time, although there are plans to have one in place within a few years. In the meantime, if you want to get your visa without going to the embassy or applying using the VOA service, then the many travel agencies in Phnom Penh have the permission of the Laotian embassy to make visa applications on behalf of foreign tourists. These travel agents have no official status, so one should take care when handing over your passport to the travel agent, and agree to the additional fee beforehand, as they do have a habit of charging high amounts if their “commission” is not already agreed to. 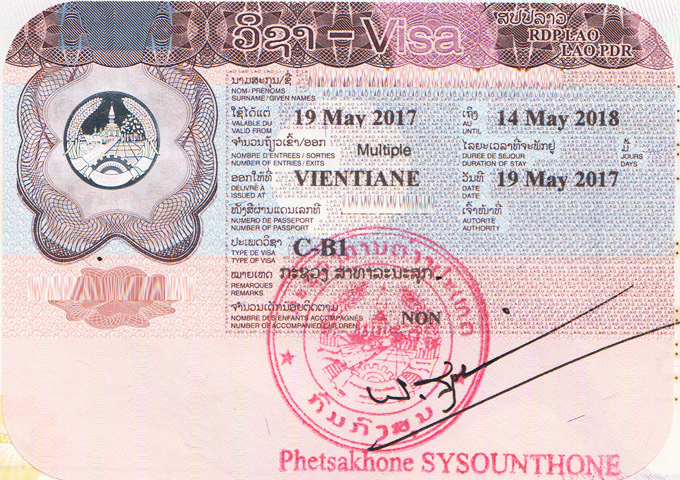 The VOA service at the airports in Laos is a little more streamlined than in Cambodia, and the average processing time for a Visa On Arrival is only around one hour. The issued visa allows for a 30-day stay in Laos, which can be extended for a maximum of another 30 days, and the fee varies from country to Country. Cash is also the only accepted method of payment at all the entry points, and make sure you have US dollars, as this is the widely accepted currency.

Getting to Laos from Cambodia can be done easily through any of the three international airports in Laos, and flights run from Phnom Penh and Siem Reap several times a day. All flights from Cambodia to Laos have application forms on board, available from the flight staff, for the Visa On Arrival service at the airports, and if you do not have dollars, there are ATMs in the airports that dispense dollar bills, though for high fees of five dollars per transaction.

When traveling to Laos from Cambodia, the border crossing at Dong Krolar is always open for travelers in this direction, despite often being closed for travel into Cambodia from Laos. Direct buses and minibus transports run across the border crossing point several times a day, and the visa processing for the VOA service is fast and efficient, normally taking less than an hour.

There are also a few tips for visas for Cambodia and Laos that can help make your trip easier, and save you some time when traveling across borders. Firstly, make sure you have the exact fee for the visa in US dollars, and be prepared to pay a few extra dollars for the “processing” fees at some places, especially the land border checkpoints. Avoid having to use the ATMs at the airports, as the fees charged are excessively high, and you may not be allowed to go to the money changers in the airport lobby to get your money orders or traveler’s checks cashed.

You can trust the fixers on the border crossing from Laos to Cambodia, as they are offering a service, and would soon go out of business if they conned people. While not official, the officials do keep an eye on them, so you can relax and let them do their job.

Whether crossing from Laos to Cambodia or Cambodia to Laos, it is important to check the restrictions on customs requirements for both countries, as you may try and bring something in or out that is not permitted. The visa overstay fees for both countries are also high, so avoid overstaying if you can help it, or be prepared to pay around ten dollars per day for overstaying your visa.