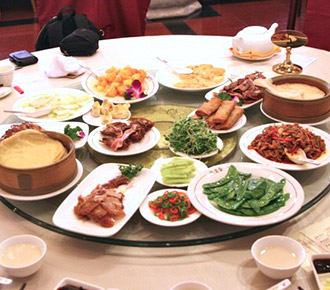 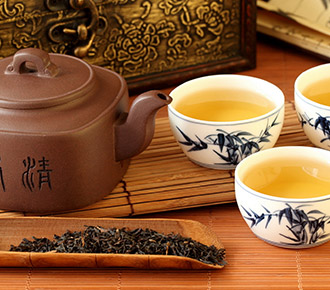 Everyone come to China will find at least one dish that cater to his stomach. With a vast territory abounding in natural resources and an enormous population, China can serve her guests abundant delicious food which will make her guests want to stay for a longer time.

Generally speaking, the staple food in China is rice and wheat. Almost every dish is made by the five common cereals, vegetables and a small supply of meat. Apart from the main dishes, wheaten food like noodles, steamed bread, steamed stuffed buns, cakes and snacks with local special flavors are the common food all over this country.

Since China is a big country and population is so great, the ways and the ingredients to cook are vary. There are Eight Cuisine in China that win the world reputation divided by the province: Shandong Cuisine, Sichuan Cuisine, Guangdong Cuisine, Jiangsu Cuisine, Zhejiang Cuisine, Fujian Cuisine, Hunan Cuisine and Anhui Cuisine. They all have their own flavor and characteristics. In addition, Beijing and Shanghai Cuisine are also popular in China and deserved to be taste.

The delicious Chinese food can be served not only in luxury restaurants with better service and facilities, but also in ordinary restaurants along the street even with no signboards. Wherever you choose to have a meal, don’t afraid of crowds. The more local people go to eat, the better the taste will be.

Chinese tea is the national drink in China and become one of the three soft drinks in the world with coffee and cocoa. China is the hometown of tea with a vast of land and suitable climate that can grow high quality tea. As for the alcohol, China is one of the earliest in the world to make alcohol. With such a long time of development and production, Chinese alcohol is endowed with spiritual and cultural value.

How to make Vietnamese Spring Rolls

First, you need to prepare all the ingredients yourself. You can choose what you want, like vegetables,meat and shrimp. And then you can do as following. 1. Select a piece of rice paper: 2. Put mint leaves at the bottom 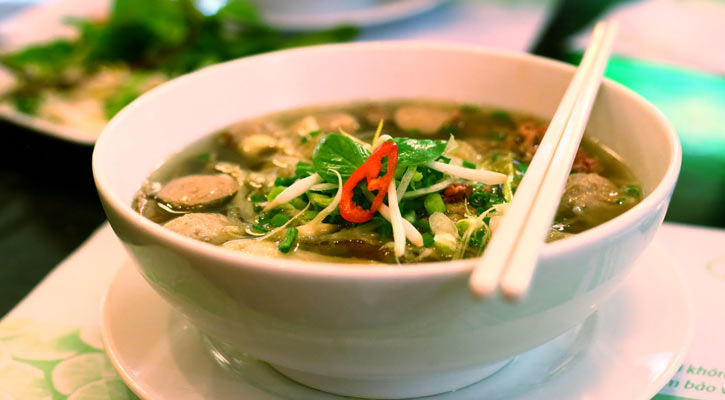 It is said that foodies always want to go to Vietnam for the delicious and local food and drinks. So, it is convinced that, as a tourist for Vietnam, you will never be disappointed to have a taste of the Vietnamese food and drinks.