How to Plan a First Time and Second Time Laos Tour? 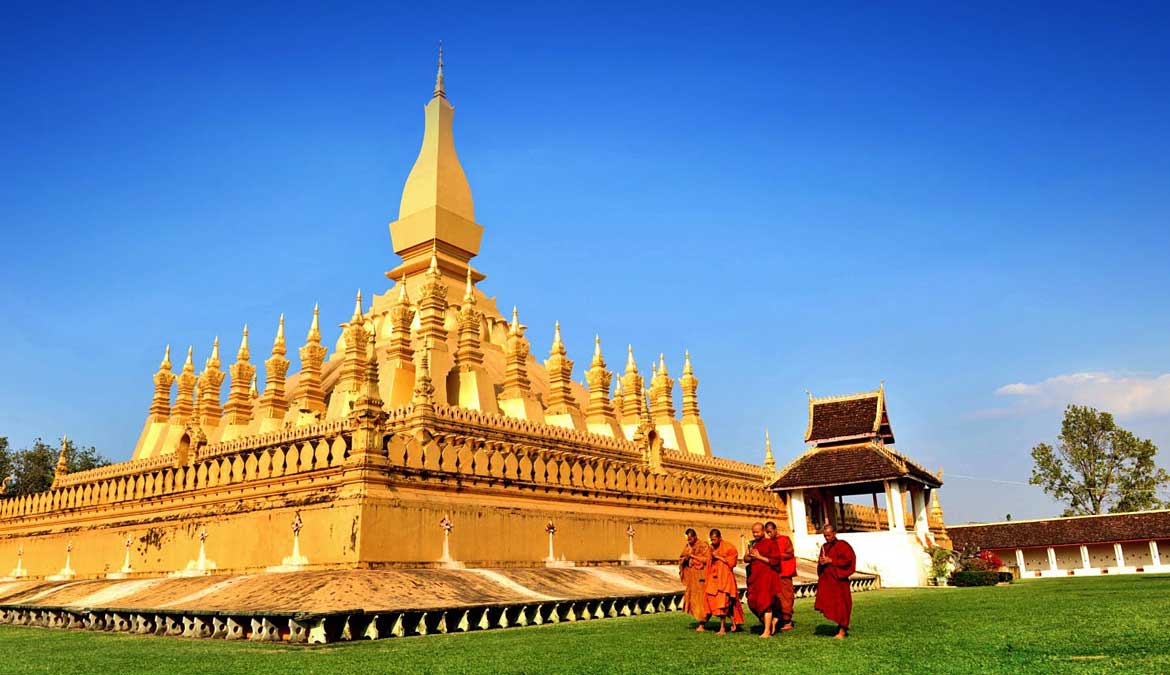 As one of the poorest nations in Asia, Laos has often been overlooked by tourists that are looking for a nice two-week holiday. Historically, majority of the people who traveled to Laos in the past were backpackers looking for an adventure that can be had for as little as possible. That has all started to change now, with more people than ever looking to the low-cost Asian countries to spend their two weeks of free time. Mostly traveled to as part of a tour of the Southeast Asian countries, this landlocked country sitting between the ever popular Thailand and the up-and-coming Vietnam is fast becoming a popular destination in itself.

Adventurous travelers are now branching out from the more tourist-friendly countries to explore more of the world around them, and in Laos there is a lot of world to explore for a relatively small country. Tall, limestone karsts compete with equally tall gilded temples, forests filled with wildlife vie for your attention from the stunning cities of Vang Vieng and Luang Prabang, and the French colonial architecture and Buddhist monasteries make for a very contrasting experience.

As a nation, Laos is not as ancient as some of its neighbors, such as Cambodia, the home of the ancient Khmer Empire, which once stretched across all of what is now known as Indochina, including Laos. Lao history has been short and often bloody, but it is one place where you can relax and soak in the laid-back sleepy atmosphere, experience the unique charm of the country and its people, and enjoy the sharp contract between Laos and its neighbors. And if you do not have the luxury of the backpacker’s endless travel time, you can make the most of Laos in a two-week tour by focusing on just one region at a time or picking out your most favorable spots to visit. 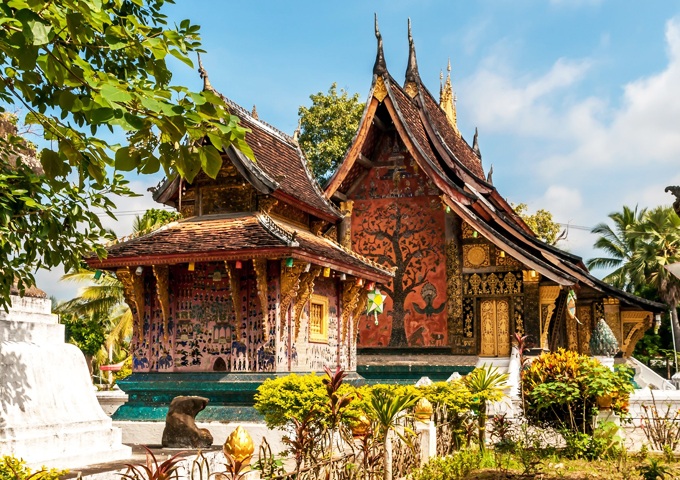 Whether it is your first or second time to visit, it is a good idea to plan for the trip well, since there are different regions of the country that can be visited, and there are many different sites and attractions in the different regions. You also need to think about the weather and time of year, as some places are more accessible in the rainy season than others.

Planning a tour to Laos for the first time may require a little in-depth knowledge of the country, its people, and the travel requirements, as well as a bit of a heads-up on where to go to get the best out of your vacation time. The best idea is to choose just one region of Laos to explore first time round, or organize your trip to certain cherry-picked places around the country that can be easily connected to using Lao Airlines’ domestic flight network.

Laos is a long, narrow country for most of its area, with a wider region in the north, which means traveling around by road can be long and tiresome, and can take up a lot of your precious holiday time. By picking a certain region or a set of easily-accessed cities and sites, you can make the most of the trip, and reduce travel time between places more easily.

The first thing to understand about traveling to Laos is the visa requirement for foreign travelers to the country. While they can be relatively easy to obtain, knowledge of the requirements can make sure you are not turned back at the border or airport. Visas can still be obtained in the traditional manner of going to the Embassy and making a personal application there, but it is not really necessary these days, unless you come from one of the restricted countries. 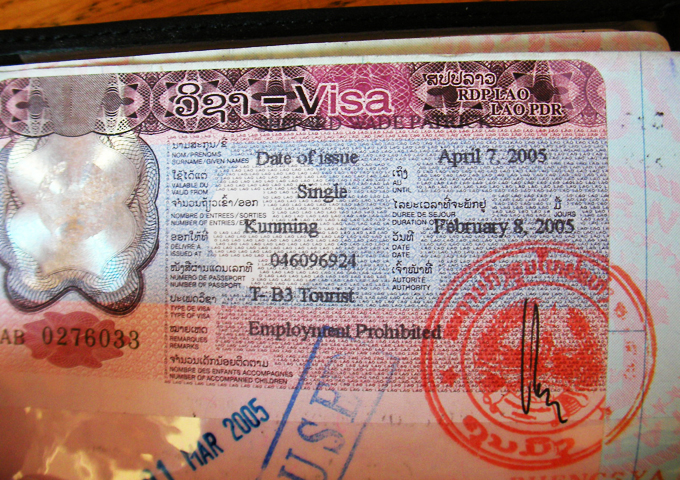 Laos does not have an online E-visa system yet, but you can obtain your visa on your arrival at the airport (and a few of the land borders with Thailand, Vietnam, and Cambodia). The Visa On Arrival service means you can make the application when you arrive, filling out the application form and submitting it at the immigration desk, along with your passport, photo, and the US$ 30-45 fee. Processing normally takes less than an hour, and you can soon be within the country enjoying the relaxing atmosphere.

Many of the top places to see in Laos are not always easy to get to, and can require a lot of traveling time, which seriously detracts from your holiday time, especially if your vacation time is limited. While it may be easier for a backpacker to just travel around the country taking their time on the poor roads and public transport system, if you are pressed for time, then planning the trip to the finest detail is a necessity.

Choose where you want to visit, whether it is all within one region or spread out around the country, and then find the cheapest, fastest, or best ways to get there from the previous site. Whichever way you decide to travel, you will be amazed by the stunning landscapes and scenery that surround you all across the country. If time is the issue, then opt for an “on the beaten path” tour, making the most of those places that you can reach easily and quickly. If you are staying within one region, then choose somewhere central as a base of operations, from which you can take day-trips to the sites that you want to see.

Laos has a typical two-season monsoon climate, with traditional wet and dry seasons, and it is important to know which season or even which month you want to travel in. With no coast, the climate is pretty much run like clockwork, with defined changes from one season to another, and between the variations within the seasons. Laos has the simplest climate and weather system in Southeast Asia. However, locally, the people define three seasons in the country, rainy, cold, and hot. 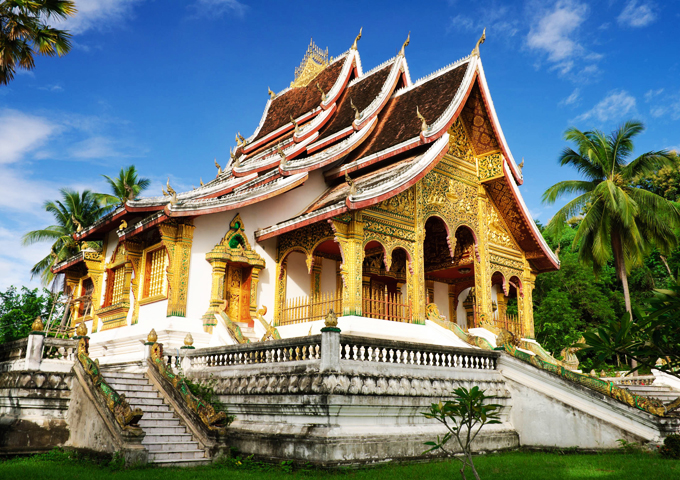 The wet season, which is normally the low season for tourism due to the rains, runs from May to October, and the wettest months are in July and August. Travel in the middle of the wet season can be almost impossible in some areas, so it is best to plan around that time. March to June is the hottest time of year, with temperatures hitting the high 30s, and humidity increasing rapidly.

November to April is the dry season, and the optimum time to travel for most people is from December to February, which is also the peak season for tourism. The climate is colder than at any other time of the year, although it will still be warm to most people from western countries, with highs of around 29 degrees. It can get a little chilly at night in some regions, especially the mountainous north, so bring a few sweaters just in case.

The peak season is the most expensive, while there are sometimes a few discounts to be had during the off-peak season, so you need to weigh up the pros and cons of traveling in the wet season or when it is hottest.

For everything from your flight to Laos to your travel between attractions, you need to know the best, fastest, or cheapest way to get from A to B, and how to do it. Makes sure that you plan your travel to the country and between the sites you plan to visit carefully, so you do not waste valuable time in travel when you could be better enjoying the country. 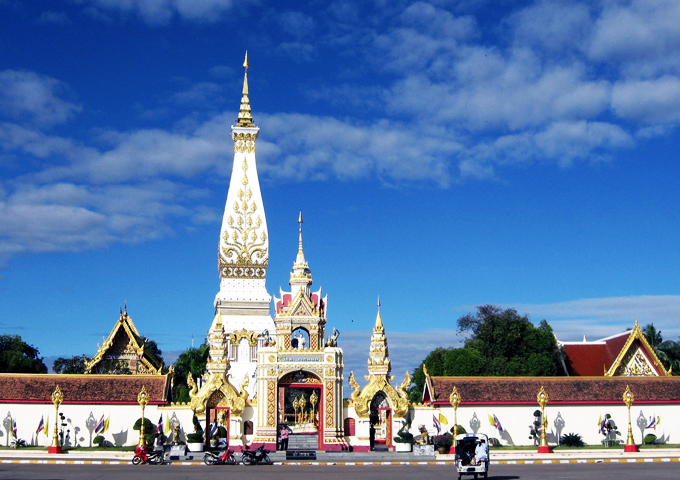 While there are very few direct flights to Laos from outside Asia, there are plenty of direct flights to its neighbor, Thailand, and it is simple to get a connecting flight to Laos from there. As long as you are in transit through the airport to another destination, you will not need a visa for Thailand or any other connecting country. Comparison websites can help with reducing the cost of your flights to Laos, and there are plenty of discounted flights available if you search well.

Laos has a recently expanded and improved road network, and this is mainly thanks to the increase in tourism bringing in the dollars. Getting from place to place in the shorter distance is best done on the roads, and the public buses are plentiful, if a little crowded at times, and very basic. Cars are the best way to go if you can afford the rental, and can reduce your travel times. Motorbikes and tuk-tuks are the cheapest form of transport for short distances, and are easy to find or hire, although it is important to remember the road rules of Laos and where your helmet if you are driving a motorbike, as the police have a zero-tolerance policy.

For travel over longer distances within the country, Lao Airlines handles all of the country’s domestic flights, and has flights between all of the major cities with airports. Flights are affordable and quick, and can help you make the most of having a limited time in the country.