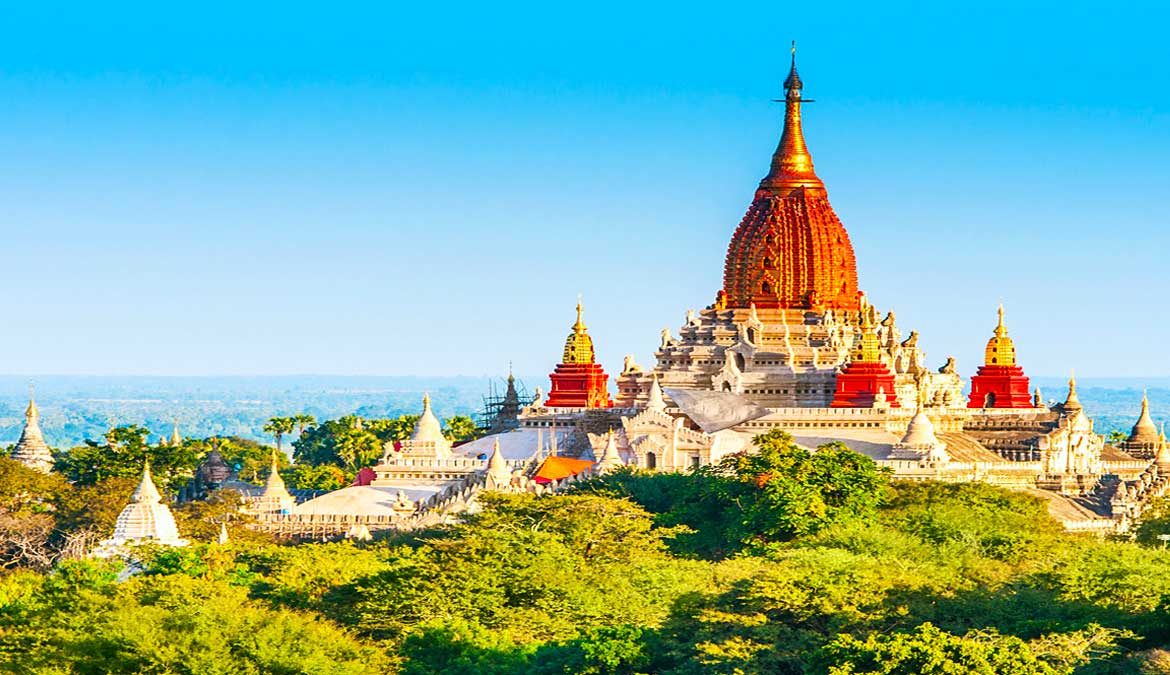 Myanmar has not been a popular tourist destination until recently because during the military rule, it was largely inaccessible to foreigners. Myanmar opened up much later than other Southeast Asian countries. While large cities in neighboring countries have rapidly been modernized and had countless skyscrapers built, Myanmar’s development has been relatively delayed. Now the economy is starting to pick up pace, but Myanmar still has an old-world charm, with its ancient religious relics and historical architecture.

Myanmar is also an ideal destination for visitors interested to experience a Buddhist atmosphere, as the Buddhist faith permeates into every aspect of their lives and made its mark on Myanmar’s history and landscape. Some say that if you want to get the feel of a Southeast Asian country 30 or 40 years back, you can visit Myanmar and experience its old-world charm. In addition, more than just exotic culture, Myanmar has gorgeous landscapes, from pristine beaches and majestic rivers to tranquil lakes and ancient plains.

Determining the ideal time to take your tour to Myanmar depends mainly on the specific regions you plan to visit during your stay. Tropical monsoon weather patterns affect each region in unique ways, and create a varied set of pros and cons for each specific destination. For people who do not want to travel when it is wet and raining, there are certain places to visit or stay away from, depending on the climate during the wet season, or you can visit during the dry season, if you do not mind the thousands of other tourists that are flocking to the same attractions. 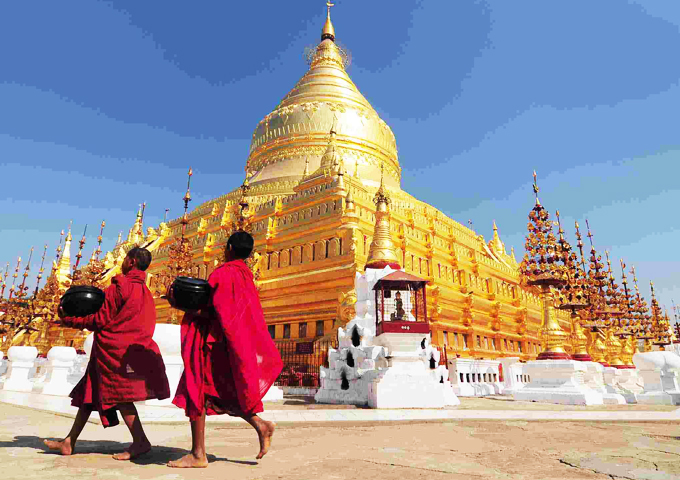 The very best time of year to visit Myanmar is between November and February, with warm dry days bringing in the bulk of the country’s annual visitors. However, a visit in the 'green season' (the months immediately either side of these high season dates) can reward those looking to explore key sites in more solitude.

Although Myanmar has a tropical monsoon climate with two distinct seasons – dry and wet – you can visit the country throughout the year. That being said, at the peak of the wet season some regions become inaccessible and some, such as Ngapali Beach, close altogether, in preparation for the high winds and heavy rainfall that batter the coast annually.

Like much of South-East Asia, Myanmar's dry season runs from October through to May, and the wet season from May or June through to early October, when the south-west monsoon starts to blow. Within each season there are variations in temperature, with the dry months leading up to the wet season (March and April) and the early wet season (May and June) usually being the hottest of the year when temperatures can reach astronomical highs.

The colder months follow the end of the rains, from October to January, when it is cool in the foothills and highland areas, especially at night. The driest regions of the country, avoiding much of the annual rain, are the plains surrounding Bagan and Mandalay, which remain relatively dry aside from the odd heavy downpour, all the way through to August.

As you might expect, temperatures throughout the country are greatly affected by altitude, and therefore the hill stations, lakes and Himalayan foothills are far cooler than the southern lowland and coastal regions. As a general rule, the north, upper central and eastern regions are at a higher altitude than those in the west, lower central and south, where humidity is higher and temperatures in excess of 40°C are not uncommon during March and April.

The very best months to visit Myanmar are from November to February, although this is also the busiest time, when securing accommodation can become problematic. Many experienced travelers often consider the ‘mid-season’, either side of this peak period, as the best time to visit as the weather is still generally very good (albeit ‘cooler’ in the months preceding and hotter in the months following the peak season) and crowds are far more minimal.

Different Seasons and Weather in Myanmar

November to February is the cool season, and the best time to visit. It is warm and dry by day, with average highs hovering around 30 degrees in majority of the country. Temperatures have not yet reached stifling, therefore providing perfect weather to visit temples, and to see amazing sunrises and sunsets. At night the temperatures may drop to 15 degrees, so prepare some warmer clothes. This is the peak travel season, so always book the flights and accommodation as early as possible, like three months in advance.

From the beginning of March onwards, the heat builds up steadily, with temperatures exceeding 40°C by the end of the month. Though temperatures increase considerably, which makes outdoor explorations like visiting the Bagan temples challenging, the trip can still be enjoyable if you plan smartly. Check out the temples in Bagan in the early morning for a nice sunrise or at late afternoon for a beautiful sunset, when the heat does not hit you that much. It is much cooler around Inle Lake and more humid in Yangon because of its coastal location. Ngapali Beach is still good for a beach escape, tourists are fewer, and costs are lower for flights and accommodation, making the benefits alluring enough to travel in hot season. 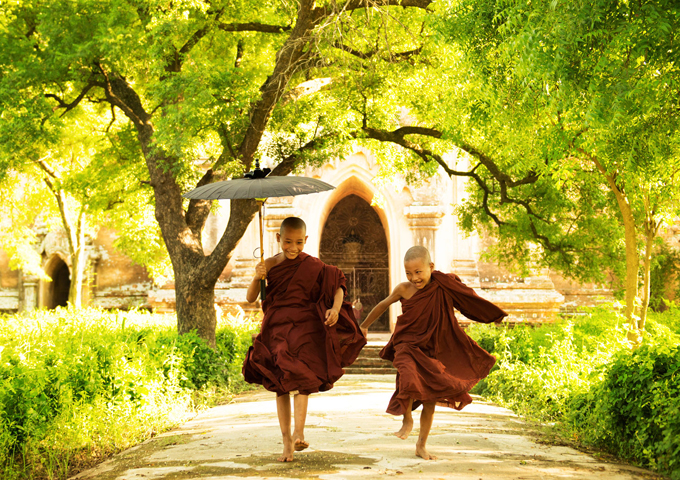 June to October is the rainy season, and the southeast monsoon brings rainfalls to the whole country with average temperatures of 30 degrees, especially between June and August on the Bay of Bengal, in Yangon and the Irrawaddy Delta. Ngapali Beach closes down completely, but you can still travel to key places, such as Yangon, Mandalay, Inle Lake and Bagan. The rains make the land vibrant with lush vegetation. Rains tend to fall in the afternoons and early evenings in short bursts in Mandalay, Inle Lake and Bagan, and Yangon often sees longer downpours in the afternoons because it is located on the south coast.

The advantages of traveling in the off-peak season are convincing, and you will have bigger chances of getting excellent guides who are usually booked up during the peak season. All attractions are less crowded, not to mention the whole travel cost can be 10 to 20 percent lower than during the peak months, due to lower prices for accommodation and flights.

November to April is the driest time in the Yangon when rain and humidity are at their lowest. In March and April temperatures can rise quite high with daytime temperatures generally reaching highs around 37 degrees. At night, the average minimum temperature drops down to around 24 degrees. 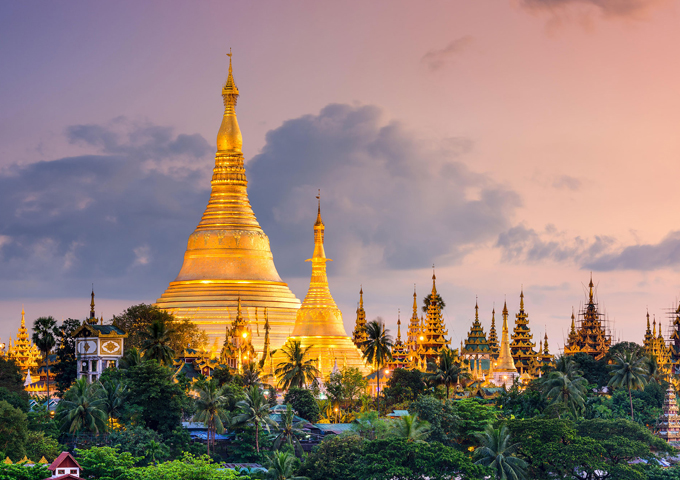 Bagan is generally hot year round. It tends to be less hot November and February with daytime temperatures reaching highs of around 33 degrees and nighttime the average minimum temperature drops down to around 15 degrees. This also tends to be the busiest times to travel to Bagan. Despite being the wet season, July is a great time to see Bagan green and there are fewer travelers. 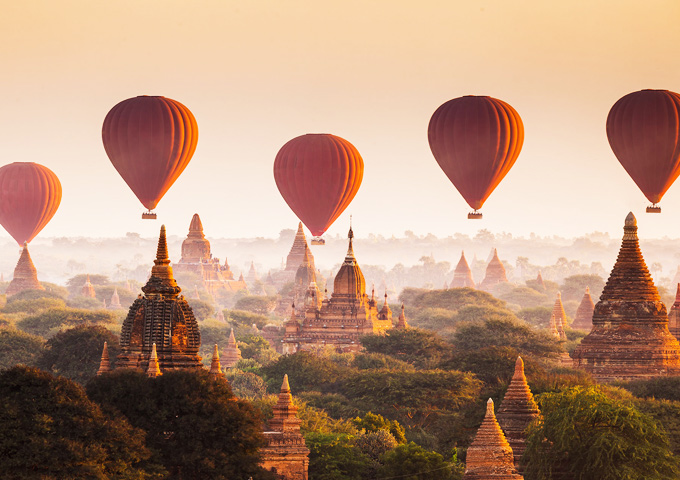 The altitude of the Shan Plateau keeps temperatures at Inle Lake lower January – February, where its chilly enough for a light fleece in the evening and early morning. August - October is best time for warmer, balanced temperatures and minimal rainfall. 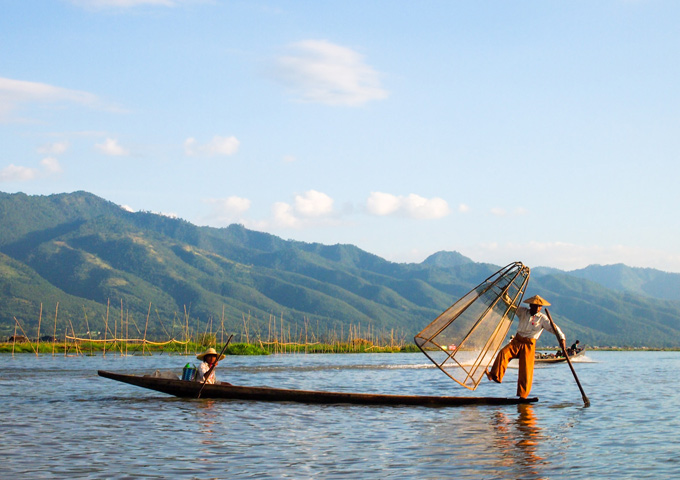 January, November and December are have the best average temperatures in Mandalay, ranging from 16 to 27 degrees. Mandalay is also driest in January, February, March and December. October and June can be the wettest times in Mandalay, but those months are a great time to visit without the crowds. 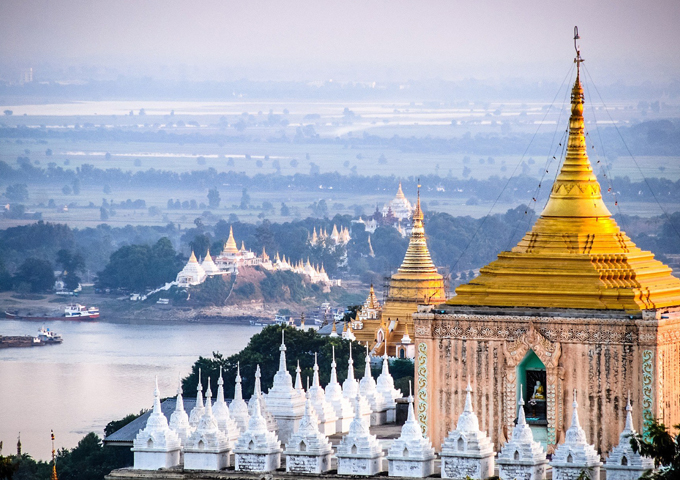 April and May tend to be the hottest months of the year here, which inevitably leads to the most crowds on the beaches. June through September brings the much needed rain, causing beaches to close during this low travel season.

Set in the mountains of Myanmar, Kalawand Pindaya are cooler than lowland areas with temperatures from November to February ranging from 7 degrees to a maximum of 23 degrees. Temperatures peak in April at a maximum of 29 degrees, but in May the rains arrive. Trekking during the wet season from May to October can prove difficult when the ground gets wet and muddy.

This falls on the full moon of the tenth month of the traditional Burmese calendar and is held in Bagan. Thousands of pilgrims camp around the temple for the festival. It is an annual almsgiving time, when donations are given to monks.

This falls around the full moon of the eleventh month of the Burmese calendar and is held in Mandalay. Monks read ancient Buddhist scriptures and offerings are made at the temple. In the evenings, there are performances of traditional dances and plays.

This is held in Yangon’s iconic Shwedagon Pagoda. It is one of the largest religious gatherings of the year. Thousands of pilgrims circle the central stupa in a clockwise rotation and make offerings along the way. Flowers, fruit and incense are offered on the terrace, with some devotees just kneeling there.

Thingyan, along with Myanmar New Year, is the best-known festival and is celebrated nationwide for a week. Crowds of people play music, dance and throw water over each other all through the streets, as they immerse themselves in a carnival atmosphere.

This is held nationwide for three days during the seventh month of the Burmese calendar. The festival celebrates the Buddha’s return from heaven, and the celebrations take place at pagodas all over the country, with all manner of colorful lights.