12 Interesting Facts to Know Before Taking a Myanmar Tour 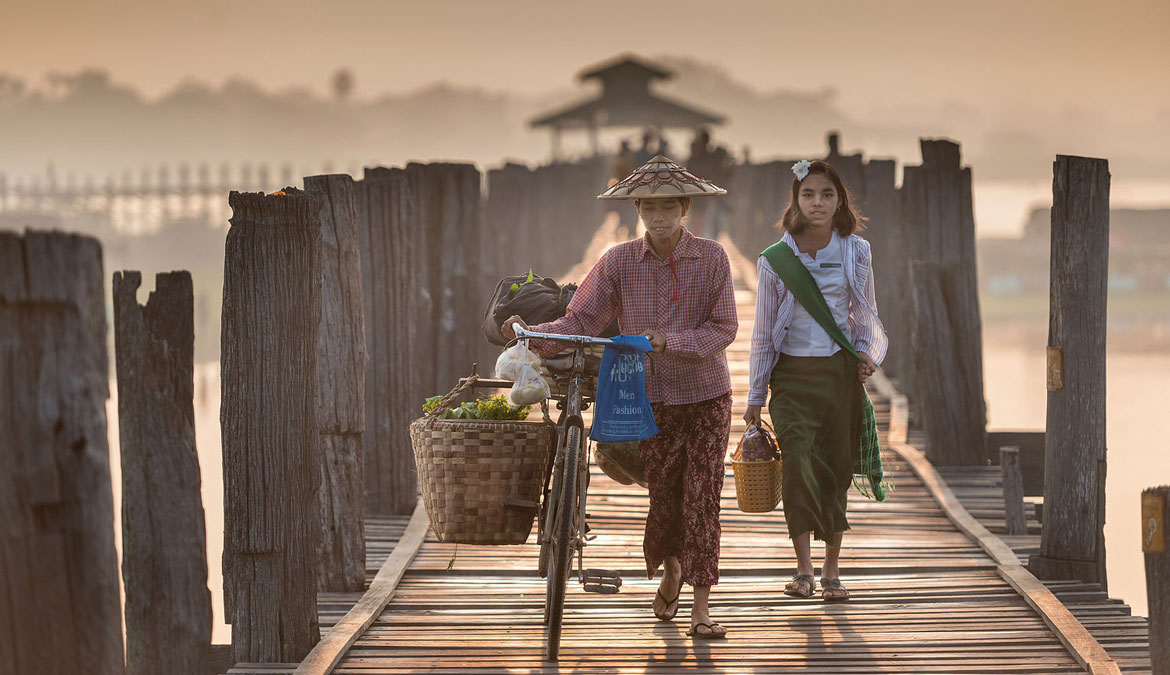 Being a traveler is extraordinary because of many reasons. It is always worth remembering and discussing new destinations, cultures, people, and interesting facts. Myanmar in Southeast Asia is among the nations in which an average visitor can learn a lot.

Burma opened itself to tourism recently by the standards of our time. Hence, old traditions and important practices, some of which holidaymakers find curious, are still pretty much alive there. So, let's see what interesting facts of Myanmar are there for you to discover.

1. The Capital of Myanmar isn’t Yangon

Yangon, ex-Rangoon, is the largest Burmese city and the principal international gateway into Myanmar. So, small wonder that the name of this settlement first pops up in mind with the mention of former Burma. Also, Yangon is usually the first or the last stop, often both, for foreign travelers doing a Myanmar tour. To fully explore Yangon and it’s around, you need 3 to 4 days.

Thus, many tourists find it odd that the city isn't the capital of the nation. One would think of Mandalay as the next candidate in line for this title. But, the second-largest city of the republic of the union is "just" an old royal capital. So, you may be surprised that Naypyidaw, a city few tourists have even heard of, is the capital of Myanmar.

Naypyidaw replaced Yangon as the principal administrative hub in 2006. From a traveler's standpoint, there are few reasons to visit the official capital of Myanmar unless you are in transit or a business traveler.

Another interesting fact about Myanmar is that not everyone appearing to wear a skirt is female. Many foreigners, western for the most part, may think that both Burmese men and women wear skirts. However, wearing longyi, a traditional cloth, and skirts are two different things in this part of Southeast Asia. 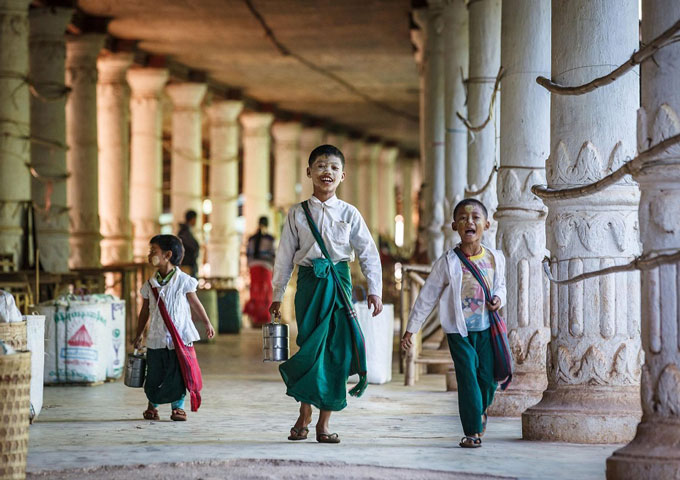 Longyi is a useful garment most locals have. They don this type of clothing for celebrations and everyday activities. Besides wearing them as pants, or shorts when it is hot, the residents of Myanmar make use of longyi as a cushion when lifting and carrying heavy loads.

3. Every Man is Expected to be a Monk Twice in His Life

In Myanmar, it is customary for every male Burmese to become a Buddhist monk twice in their lifetime. Even some females follow their example. Some estimations indicate that former Burma has around half a million monks out of 50+ million residents.

A Burmese wears the monk's robe for the first time somewhere between ten and 20 years of age. At that time, they are mere apprentices. When they turn 20 years, they go to monasteries as full monks.

Being a Buddhist monk in Myanmar is a great honor you can compare to serving military service in some other countries in the world. However, the duration of being a Buddha's servant isn't strict. Some people spend several days in monasteries while others remain being monks for years, even the entire life.

Every man of Burma is expected to be a monk twice in his life.

4. Burmese Wear Thanaka to Protect Skin From the Sun

Another fact you are likely to find interesting during your Myanmar tour is that the locals have multifunctional cosmetics. And it is thanaka we are talking about here.

Thanaka is a type of powder that is in use in this part of Southeast Asia for two millennia. Apart from beautifying, Burmese women use this product for protection from the sun. You can notice thanaka on their faces, cheeks and noses most commonly in the form of a yellowish paste.

Some of them go the extra mile and create various shapes and motifs, such as circles and leaves, when applying thanaka.

5. The Locals Prefer to Carry Things on the Head

Remember the story about longyi, the traditional Burmese "skirt". Well, such an important garment is in close relation to carrying baskets atop the head, another interesting fact of Myanmar. While touring the country, you will undoubtedly see people carrying baskets and boxes laden with goods on their heads.

These containers may be full of fruit, pottery, flowers, or something else. Furthermore, they can range in size from fairly small to large enough to accommodate a grown person. Also, note that more experienced Burmese wear baskets without supporting them by hand.

6. Inle Lake Fishermen Fish Whilst Standing on One Leg

Fishermen of Inle Lake can learn balance most people. When you come to discover this top attraction of Myanmar, pay attention to how these skillful fishermen do their work.

They stand on one leg while propelling the boat with the other, all the while their hands remain free to handle fishing nets. Such a skill in boating you won't find elsewhere since Inle Lake is the only place on Earth where you can witness it.

The cause of navigating a boat with one leg wrapped around the oar is quite practical, regardless of the artistic impression. To see if there are fish under the reeds, one needs to be standing. 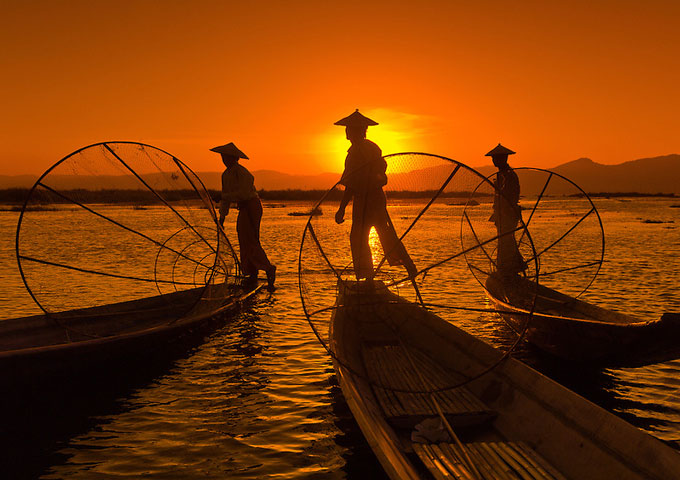 The one-leg rowing fishing technique is unique on Inle Lake.

In former Burma, travelers may encounter people with long necks wearing many necklaces. There are various interesting theories why women of long-neck tribes persist in elongating their necks. Some relate to legends, while others are purely aesthetical.

According to the latter, the female members of these communities do their best to be as ugly as possible to avoid being abducted and trafficked. However, the Kayan tribesmen believe that the longer the neck, the more beautiful the person. Sticking to this tradition nowadays may have a cultural background, too.

Take your time to have a Myanmar Long Neck Hill tribe discovery tour if you are interested in the Kayan tribesmen.

You can see Padaung people wearing a number of strange necklaces around Inle Lake. In neighboring Thailand, around Chiang Mai, travelers can also see long-necked people that adopted related practices imported from remote villages of Myanmar.

8. Kissing Sounds Are Normal at Restaurants in Burma

Another oddity you are likely to experience when traveling Myanmar is a lot of kissing sounds. The fact that makes this habit in Myanmar so interesting is that it has nothing to do with love, at least not toward the person the sound is directed to. Producing a few kissing sounds is the way patrons try to get the attention of the waiter at a restaurant or bar.

9. No Burmese Cuts Hair on Monday, Friday, or Birthday

Choosing the day to cut hair may not seem especially significant to you, but for Burmese, it is of utmost importance. Residents of Myanmar avoid cutting their hair on Mondays, Fridays, and birthdays because they believe it brings bad luck. Washing hair is another thing they avoid for a full week if a funeral took place in their neighborhood.

Another interesting fact about Myanmar is the streets are stained with red. No reason to worry there since red-colored streets are the result of spitting red betel juice. The Burmese like to chew betel quid, which makes their teeth red.

11. Instead of Coffee, Drink Tea in Myanmar

Drinking coffee is a popular morning ritual and a cause for socializing among many people around the world, there's no denying it. However, try to substitute this favorite drink with tea when traveling Burma.

Tea-drinking culture has strong roots among the Burmese. Besides sourcing ingredients, special attention is paid to how the water is boiled and an ideal flavor produced among other things. Most tea shops in Myanmar are especially busy in the morning and around the time when workers finish their work for the day. 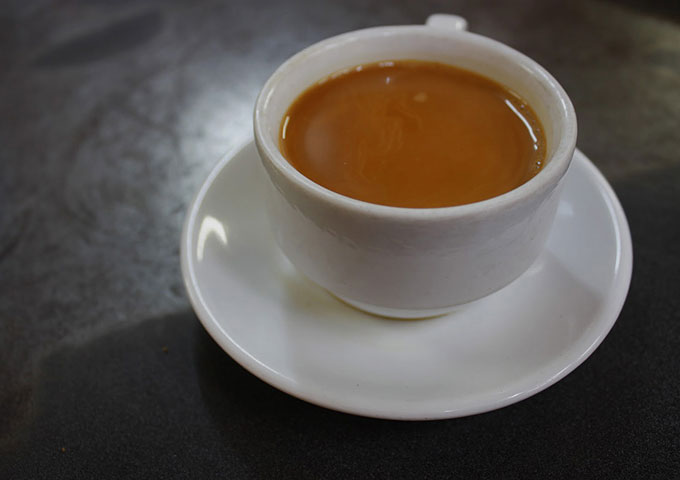 Instead of coffee, try to drink tea in Myanmar.

Driving on the right side of the street is a common occurrence throughout the world.

But, the unusual fact about Myanmar is that its residents drive on the right side while sitting in cars in which steering wheels are also on the right side. This former British colony is the only country in the world that stands out in this regard.

As you can see, Myanmar is fruitful ground for any curiosity hunter. Other interesting facts about Myanmar we didn't mention so far include chaotic traffic, with some drivers driving on the left side while others drive on the right, and also, you can fund your trip with local and American currencies. There are more oddities you can discover when touring Myanmar, so keep your eyes widely open.