How to Travel from Thailand to Myanmar? 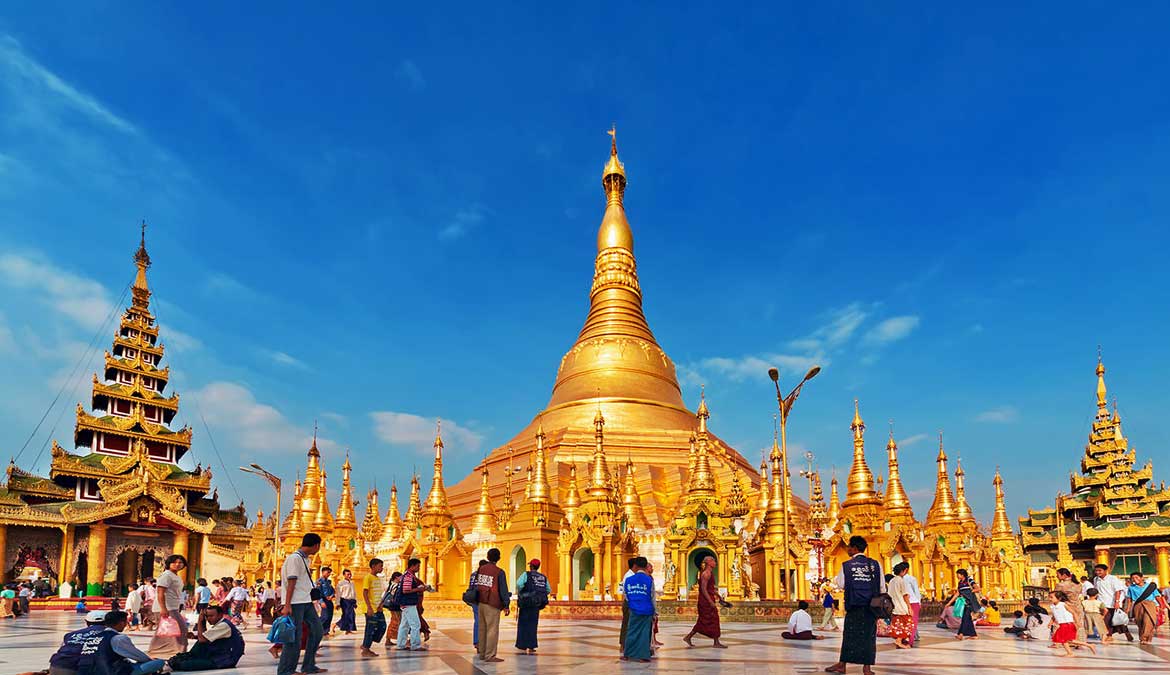 Myanmar and Thailand are neighboring countries in Southeast Asia. Therefore, many travelers use the opportunity to tour these fascinating countries when they are around.

At first, getting between former Burma and ex-Siam may seem convenient considering their shared border. However, the convenience of traveling to Myanmar from Thailand rather depends on destinations and the chosen option.

How to Get from Main Cities of Thailand to Myanmar

Both the Kingdom of Thailand and the Republic of the Union of Myanmar boast many great destinations. In the following, we elaborate on the best ways of traveling based on routes you are likely to take.

Traveling from Bangkok to Myanmar

Bangkok, the capital city of Thailand, is one of the most significant transport hubs in Southeast Asia. The city offers you convenient options to get to different destinations in ex-Burma. Airplanes, and buses to a certain extent, are the most useful public transport options for holidaymakers.

By airplane, you can travel from Bangkok to any of the three international airports in Myanmar. These are Yangon, Naypyidaw, the capital of the republic, and Mandalay.

Direct flights from the Thai capital to Yangon take anywhere between an hour and 1:30 hours. Fares vary, but you should be able to book a one-way ticket for several dozens of USD, if not for less.

Flying to Naypyidaw typically lasts around 2:30 hours, and the fares are significantly higher (over $200). Note, however, that travelers don't find the capital city especially interesting. 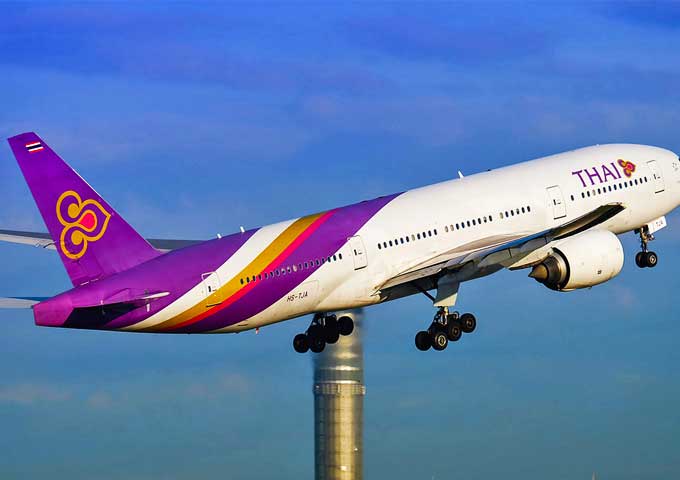 Mandalay, on the other hand, is a former royal residence. To fly to this destination, you should expect to pay over a hundred USD, albeit the price might surprise you pleasantly at times. The duration of the non-stop flight is around two hours.

The shortest route connecting the capital of Thailand and Yangon is around 900km/560mi long. The first leg of the journey takes you to Mae Sot, a border town on the Thai side. From there, you may need a transfer to the border crossing. Once you get to the other side, catch a connecting bus in Myawaddy.

The price of the entire journey, which lasts around 24 hours, typically fluctuates from $20 to $35. Once you arrive at Yangon Bus Station, prepare several USD for a transfer.

Traveling in Myanmar from Chiang Mai to destinations is almost as straightforward as from Bangkok. Fewer flight options and shorter travel times by bus are virtually the only variations.

From Chiang Mai, you can fly to Yangon and Mandalay directly. The duration of the non-stop flight in either direction is around 1:30 hours. Depending on the month and season, deals usually start at $115 for Yangon and $135 for Mandalay and increase over $200.

Note that flights from Chiang Mai to the Myanmar destinations may not be available daily.

Of the most popular tourist destinations of Myanmar, traveling from Chiang Mai by bus is plausible only to Yangon. Once you reach Mae Sot, make it through the Thailand-Myanmar border checkpoint on your own. From Myawaddy, the nearby town in the republic of the union, catch a bus connection to Yangon. 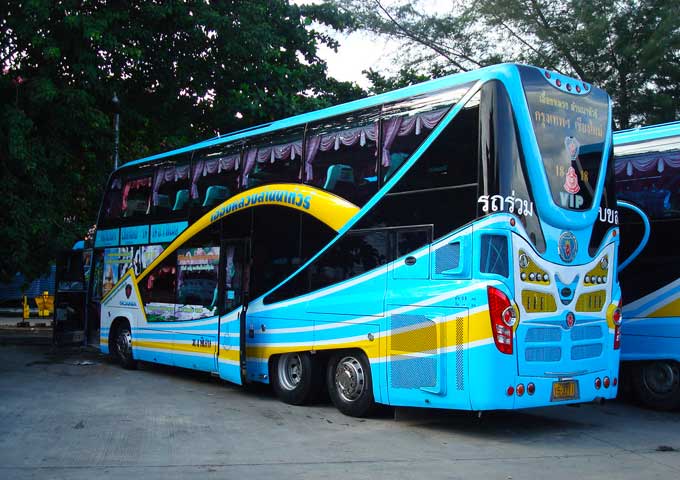 This one-way trip should last anywhere between 16 and 24 hours. The approximate cost is $40, not including several USD for a transfer when you arrive. Note that a journey to Inle Lake, which is geographically close to Chiang Mai, leads you via Yangon nevertheless.

Voyaging from Chiang Rai to some tourist hotspot in former Burma also involves airplanes and busses, for the most part.

Getting from the northernmost Thai major city to the Republic of the Union of Myanmar via Bangkok is fast and easy. There are many daily departures to the capital city of Thailand. Moreover, you can catch a flight to any international airport in former Burma there virtually at any time of the day. 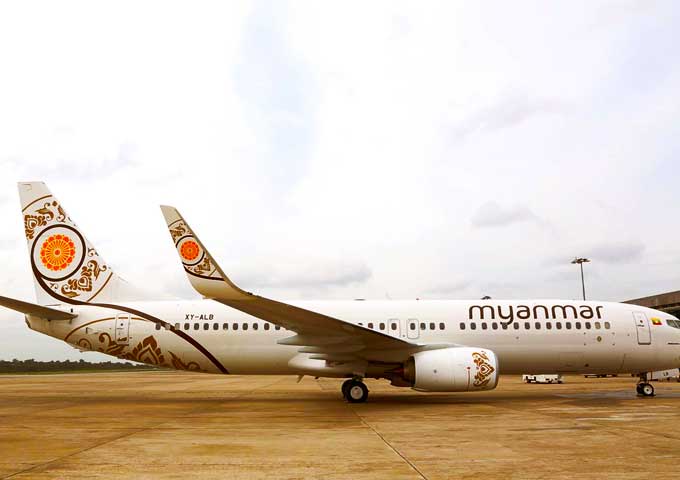 Flight fares from Chiang Rai to Bangkok are from $75 for a one-way trip, and the duration of the journey is four hours and over. From the most populous city of ex-Siam, you can get to any republic’s international airport within two hours for around $100.

If you are not in a hurry or are a budget-conscious traveler, consider getting from Chiang Rai to Yangon by bus. Plan to make a stop in Chiang Mai to explore the historic city and nearby religious sites.

Afterward, take a bus to Mae Sot, a Thai border town, and cross the checkpoint in your organization. In Myawaddy, on the Burmese side of the border, you can take a bus to Yangon. You can also travel from Chiang Rai to Inle Lake via Mae Sai/Tachilek land crossing nearby. Take a bus to Tachilek and, once there, catch a flight to Heho, which is near the lake. Some reasonable price for this journey should be anywhere between $100 and $150.

Traveling from Phuket to the republic

If you wish to include a train ride to get from ex-Siam to present Myanmar, you will have to jump to Phuket. Of course, other options are available.

Flying from Phuket will get you to the nation's capital of Bangkok in around an hour and a half. Many daily flights are available, and the prices range from a few dozen USD to over a hundred $, depending on the season.

Once you arrive in Bangkok, you can catch a connecting flight to Myanmar or switch to the bus service.

Traveling from the famous Thai island to Yangon, Myanmar by bus entails a lot of patience and energy. To reach Bangkok, you will need around 15 hours, at least. The second leg of the journey should last a full day (24 hours), so taking a break in the capital city of Thailand is a strong recommendation. 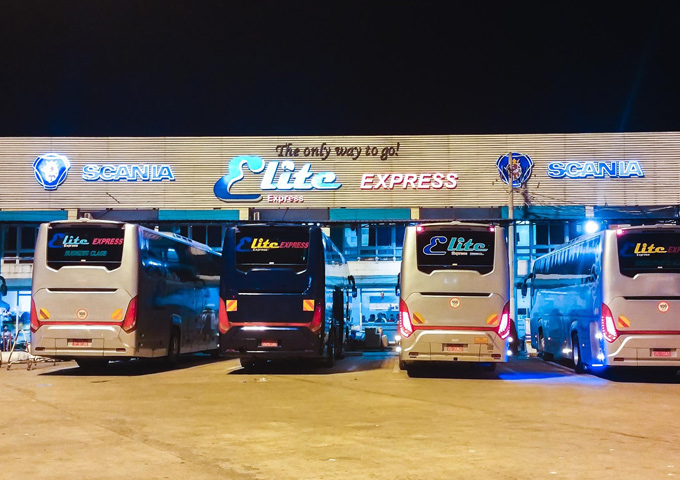 For the first part of the journey, the bus ticket could cost anywhere between $20 and $30. For traveling from Bangkok to Yangon, from where you can catch connections to other Burmese destinations, bus fares are similar.

Combine train with other transport options

This particular option requires a bit of additional planning since trains don't run between Phuket Island and Bangkok all the way. Travel to Surat Thani by bus, where you can switch to train.

A ride to the town of Surat Thani, which accesses the Gulf of Thailand, should set you back several USD. The train ticket may cost anywhere from $15 to $50, and the duration of the journey is from eight to 12 hours.

From the Thai capital, you have a choice between the airline and bus services to travel to Myanmar.

Getting from Koh Samui to Myanmar

Traveling from another famous Thai island to Myanmar includes a ferry besides airplanes, buses, and trains. You can fly to Bangkok, or take a ferry to Surat Thani, where you have the choice between a bus and train.

Note that flight fares are typically expensive, tending to start from $190 for a one-way ticket. If you choose some other option, you can pay anywhere between $30 and $80 to get to the capital of Thailand.

What to Prepare for Traveling from Thailand to Myanmar

To travel from Thailand to Myanmar, you need to make some preparations to make your trip efficient and pleasant. In the following, we list the most important ones: 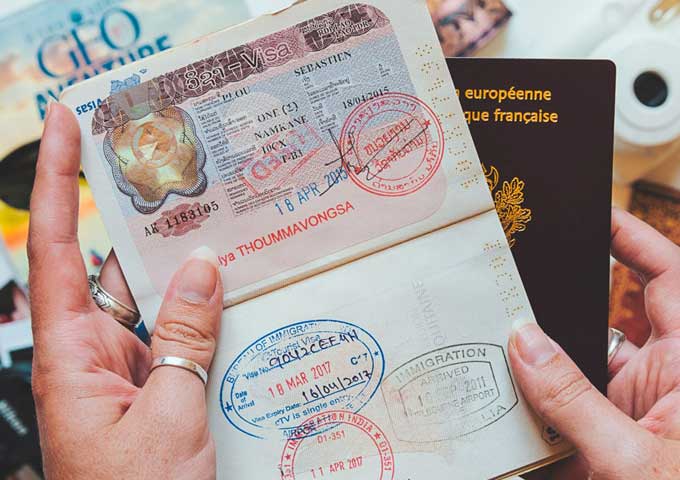 •Apply for a Myanmar travel document via eVisa. Travelers from several countries are eligible for the visa on arrival, but most others aren't.

•Make sure you have a blank page in a passport for the visa stamp. Also, ensure that the validity of your passport is at least six months beyond your trip to Thailand and ex-Burma.

•If you have any health issues when heading from Thailand to Myanmar, better postpone your trip. If your condition grows serious, you may be unable to receive the needed treatment. However, that rather depends on where you happen to be.

•Burmese healthcare is below modern standards, and you may need to go to Yangon or any other city to receive adequate medical treatment. You may even need to return to Bangkok for a quality hospitalization.

•In Thailand, you pay in Baht, while in Myanmar, you can pay in USD and Kyat. It may surprise you that, due to conversion rates, paying in $ is more favorable for travelers in ex-Burma.

•There is a possibility of armed conflicts in the states of Rakhine, Shan, Kayin, Kachin, and Chin in the Republic of the Union of Myanmar. If you go there, confirm beforehand whether unrests are going on.

•You can enter the western neighbor of Thailand via designated airports and border crossings. The international airports and Mae Sai/Tachilek and Mae Sot/Myawaddy checkpoints are such.

Besides Yangon, Mandalay, and Inle Lake, you should plan to visit Bagan and Ngapali Beach when traveling Myanmar. The former used to be the capital of the mighty Pagan Empire, boasting numerous temples scattered throughout the countryside.

The latter is a popular holiday retreat, featuring a long, sandy beach, exotic vegetation, and turquoise sea. If you don't feel like traveling that far, check out Ngwe Saung Beach. It is a short five-hour, by Burmese standards, bus ride away from Yangon.