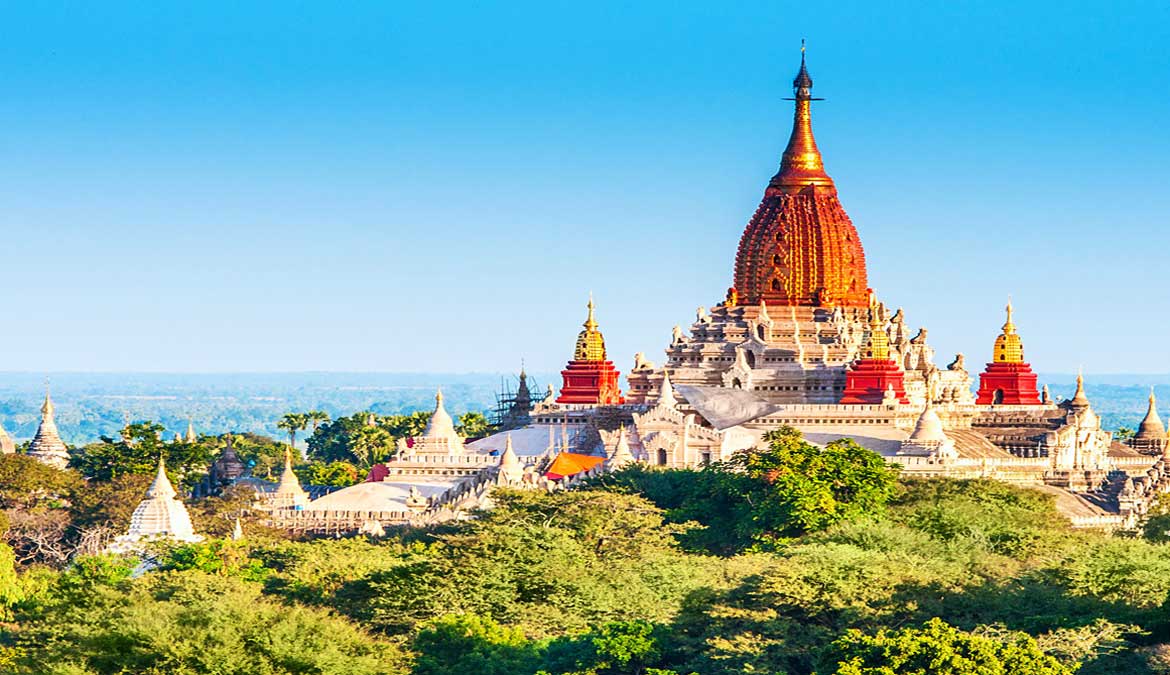 Myanmar, formerly known as Burma, is a nation in Southeast Asia that emerges as a noteworthy country for traveling. After decades of unrest that ended recently, Myanmar picks up the pace welcoming increasing numbers of travelers.

However, is Myanmar safe really? Prospective visitors tend to postpone their trip because of reports indicating conflicts in the country's various regions. The answer is visiting Burma is generally safe for travelers, so long as you don't go to areas where fights take place.

Therefore, rest assured that you wouldn't notice anything out of the ordinary when visiting Myanmar. In most cases, common sense and elementary precautions would be enough to grant you a safe and pleasant trip.

Is It Safe to Go to Myanmar Right Now?

Weeks of demonstrations have roiled Myanmar. What is happening in Myanmar? On Feb. 1, a military coup in Myanmar happened. Leaders of the government including Ms. Aung San Suu Kyi was detained. For weeks, demonstrators flood into the streets to challenge the country’s military.

With a coup happening, is Myanmar safe to visit right now? We advise you’d better not go at this time. It’s not a good chance to encounter the huge stream of people, especially during the Covid-19 outbreak.

Is Myanmar Safe to Travel Alone?

In short, traveling alone in Myanmar (Burma) is as safe as visiting most other destinations. While you certainly need to take some necessary precautions, you shouldn't feel endangered while exploring this beautiful country.

Still, there are some things you should keep in mind to avoid potential problems. Some of them are common to other destinations throughout the world, while a few might surprise you. To learn which of them don't seem a big deal, but tend to cause plenty of trouble to foreign visitors, please read on. 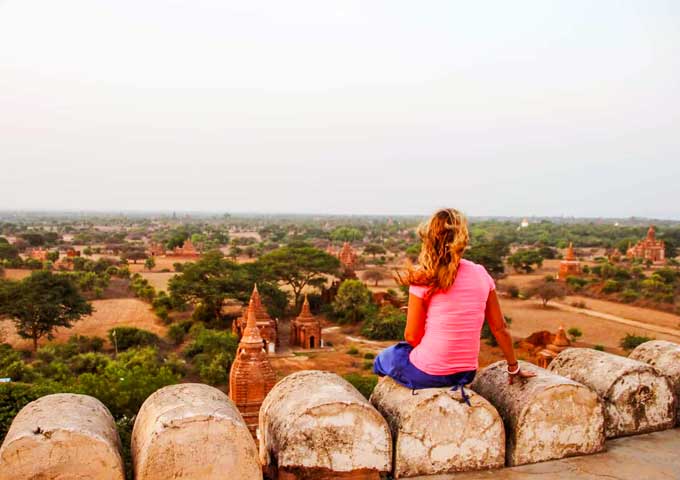 Traveling alone in Myanmar is as safe as visiting most other destinations.

One of the oldest crimes in history is something you should be aware of while traveling Myanmar. Albeit penalties for stealing from foreigners tend to be harsh in Burma, keep in mind that nearly a quarter of the nation's population lives in poverty.

Some places where pickpockets are active the most are Bagan, Jade Market in Mandalay, and Shwedagon Pagoda, Central Railway Station, and Bogyoke Market in Yangon.

Act of attacking a foreigner on the street for stealing is highly unlikely in Myanmar. Certain possibility for mugging does exist, however, particularly in Yangon, which experiences a higher crime rate than other destinations.

Still, note that the supposed bag-snatching may be nothing more than a taxi driver trying to get your attention.

Since Myanmar has opened to the travel market only recently, local scammers still have a lot to learn to become anything near persuasive.

Street vendors may try to trick you into thinking that they offer valuable gems for a low price. Or they may attempt to extort a few additional dollars from you in places frequented by tourists, such as Bagan.

At transport hubs, such as bus stations, touts may try to convince you to go to the hotel they specify. But, if you have decided about the accommodation, don't let them sway you no matter what they say.

The thing is that the hotel they advertise gives them a commission for brought customers.

Given that only half of the road network features pavement, getting around Myanmar by car tends to be quite slow. Add to it generally poor condition of most vehicles, and you get the picture of the road safety.

The things are even more complicated during the rainy season (May-October), when certain roads may become impassable. 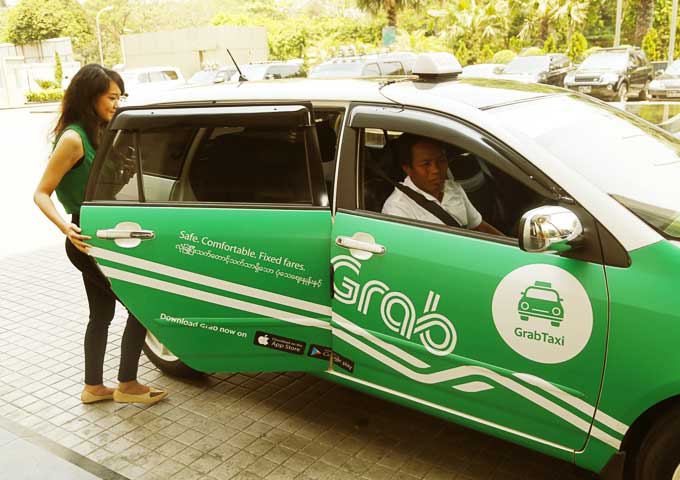 Getting around Myanmar by car may tend to be quite slow.

Also note that, according to the local law, a car driver is always considered guilty when the accident involves a vehicle and a pedestrian. So, careful driving is something you would want to practice while in Burma.

Most taxi drivers are decent and honest people, albeit you can always find those trying to inflate the fare.

Myanmar is most vulnerable to earthquakes and cyclones. The latter mostly occur during the monsoon (wet) season, from May to October. Landslides and floods are likely occurrences during the rainy season.

Besides those natural hazards, volcanic activities and tsunamis are further disasters Burma may experience.

Several years ago, terrorist activities were something you should seriously count on when traveling Myanmar. Thankfully, the risk of terrorist actions decreased significantly since then. In the past, Yangon used to be the primary target for terrorists.

The fact is that foreign travelers aren't the target of terrorist attacks. Still, practice vigilance near official buildings, transport hubs, and other public points of interest the attackers usually choose. If the attack occurs while you travel Myanmar, please follow the instructions of the authorities.

Considering the gender of a lone traveler in Myanmar, it is irrelevant whether you are a male or female. The locals are incredibly friendly, for the most part, anyway, and you will hardly face issues lone ladies might expect elsewhere. If you receive an invitation from an unknown Burmese to have tea or hang out with them, it is very likely a genuine one. 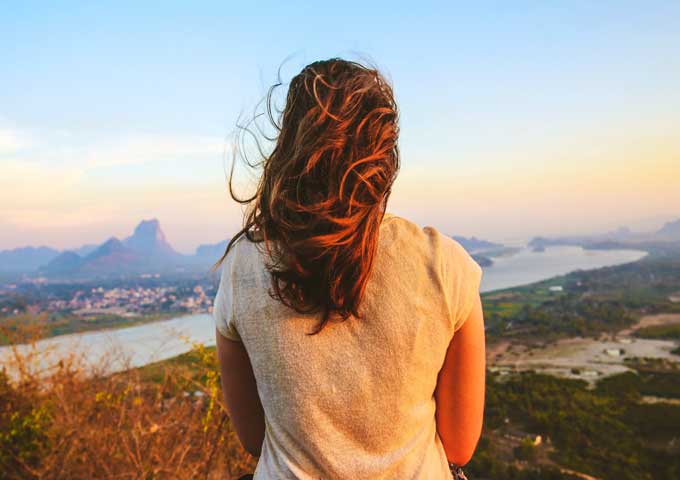 Myanmar is safe to go for solo female travelers.

Is Myanmar Safe to Travel for Families?

Traveling to Myanmar with your families will be a real adventure and we believe you’ll love it. While your stay in Myanmar with kids, you should pay much attention to hygiene. We advise you to bring sanitizer to make sure your kids wash their hands always.

There is a load of family-friendly activities to explore Myanmar together with kids. You can cruise the sky above Bagan on a hot air balloon, take a river cruise down the Irrawaddy to spot dolphins, feed and bathe elephants at Green Hill Valley Camp, tour Inle Lake with a longtail boat, or spend several hours watching a puppet show at Htwe Oo Traditional Theatre.

Is Eating and Drinking Safe in Myanmar?

While having trouble with the locals is highly unlikely in Burma, you should practice caution when eating and drinking there. Some pivotal insights in this regard are the following:

- Use only bottled water for drinking. This is typically common for all Southeast Asian countries, but more so in Burma. When making a purchase, check whether the bottle is properly closed.

- Powdered milk is OK for having, too.

- Eat at notable restaurants whenever you are in a big city. Be ready for a backup option when you travel Myanmar countryside since reputable dining venues are difficult to find out there.

- Drinking tea and coffee at restaurants is safe. Coffees are typically instant at local eateries. But, if you are fond of a coffee served in the west, visit a western-style establishment.

- You should dine well-cooked and boiled fish, meat, and vegetables and peeled fruit. To be sure you are staying on the safe side, opt for Chinese meals. These are commonly well prepared throughout Myanmar (Burma).

- Drinking tap water is quite unsafe. You shouldn't even brush your teeth or use this water any other way without boiling it first.

- Before having milk, you should boil it.

- Street food is omnipresent in Myanmar, but you should stay away from it. These tend to be poorly cooked, and hygiene is highly questionable.

- If you like curry, note that the Burmese usually prepare this specialty in the morning. Therefore, it may be wise to dine something else in the evening.

- Consume dairy products with caution since the milk used in production may be unboiled.

Albeit various civil unrest trouble Myanmar (Burma), most of the country is safe for traveling. Some areas you should visit with care or avoid, depending on the current situation, are Rakhine, Shan, Kachin, Chin, and Kayin states. If you prefer to stick only to the safest places and attractions, your shortlisted options for a Myanmar tour should be the following:

Bagan is the crown jewel of Myanmar tourism, consisting of hundreds of ancient temples dominating the wooded plain. Most voyagers travel to Burma to visit just Bagan. While touring the former capital of the Pagan Empire, the only potential risk you will face is vendors trying to persuade you to pay more. Also, be diligent when visiting off-the-beaten-path temples since they may have snakes as residents. 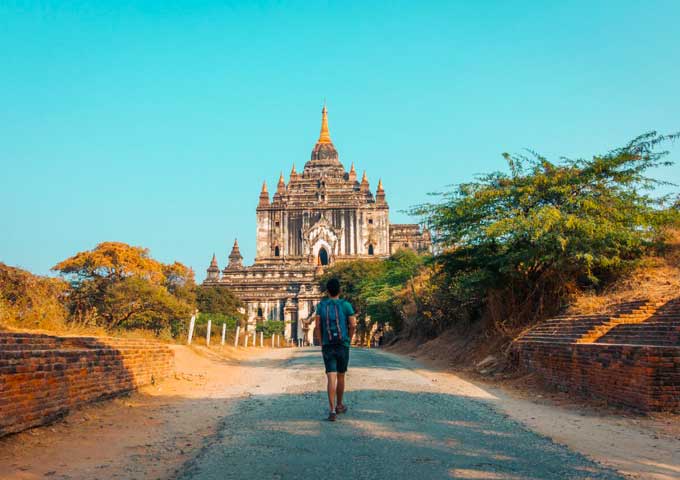 Bagan is the crown jewel of Myanmar tourism.

Inle is a scenic lake that is among the top attractions of Myanmar. There, you can explore floating settlements, admire floating markets and gardens, and hike around the lake. The destination is quite safe, but when hiking around, you should avoid being on your own. Stick to unrestricted areas and avoid hiking during the wet season (May-October), which makes paths slippery. 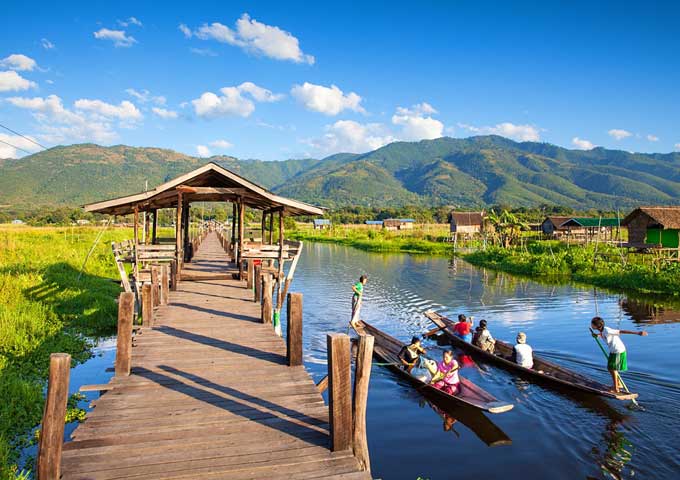 Inle is a scenic lake that is among the top attractions of Myanmar.

Travelers flock to Yangon to visit the iconic Shwedagon and golden Sule pagodas, shop at Bogyoke Market, and admire colonial architecture for the most part. While in Yangon, you can virtually go wherever you wish since restricted areas are non-existent. Being one of the Southeast Asian largest cities, it is among the safest, too. Consequently, you will hardly have to deal with any sort of crime, except for petty crimes, perhaps.

Mandalay, the former royal capital, is a place featuring the complex where the royals used to reside. Religious objects are omnipresent, housing around half of Myanmar monks. As such, Mandalay is a very safe place for travelers to visit. What you should carry at all times with you here (and most of Burma, for that matter) is a mosquito repellent. Also, make sure to stay at the accommodation providing the mosquito net since the annoying tiny vampires may be carriers of certain diseases.

Albeit located in Rakhine State, Ngapali Beach is among the safest places in Myanmar, ex Burma. If you have plans to enjoy a beach tour in Myanmar, Ngapali is an excellent choice. The heavenly beach, lined with hotels, is very long and is a popular vacation destination during the dry season (November-April). Considering overall safety, just make sure not to leave your belongings unattended when going to swim, and you shouldn't have problems. 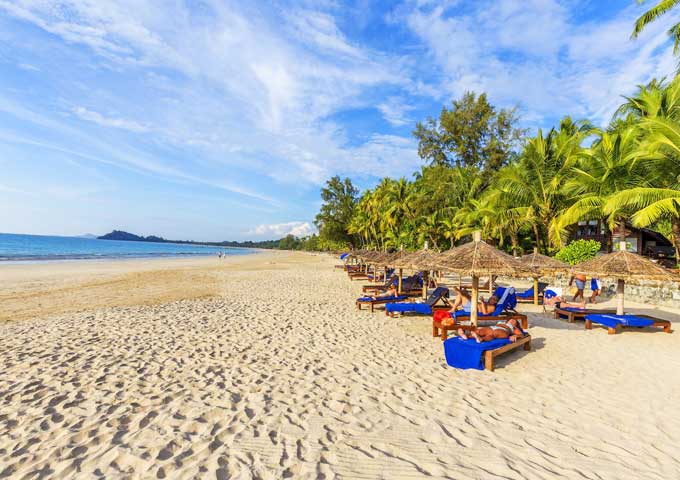 The beautiful Ngapali Beach is a perfect destination to relax and sunbathe.

Besides taking fundamental safety precautions, you should avoid showing Buddha tattoos if you have some. This is one of the rare atypical taboos you may need to deal with in Burma, which could cause you a lot of trouble.

All in all, there are many good reasons for you to travel to Myanmar. So long as you are keep yourself updated and avoid potentially dangerous regions, you should be perfectly fine.