When is the Best Time to Enjoy a Beach Holiday in Thailand? 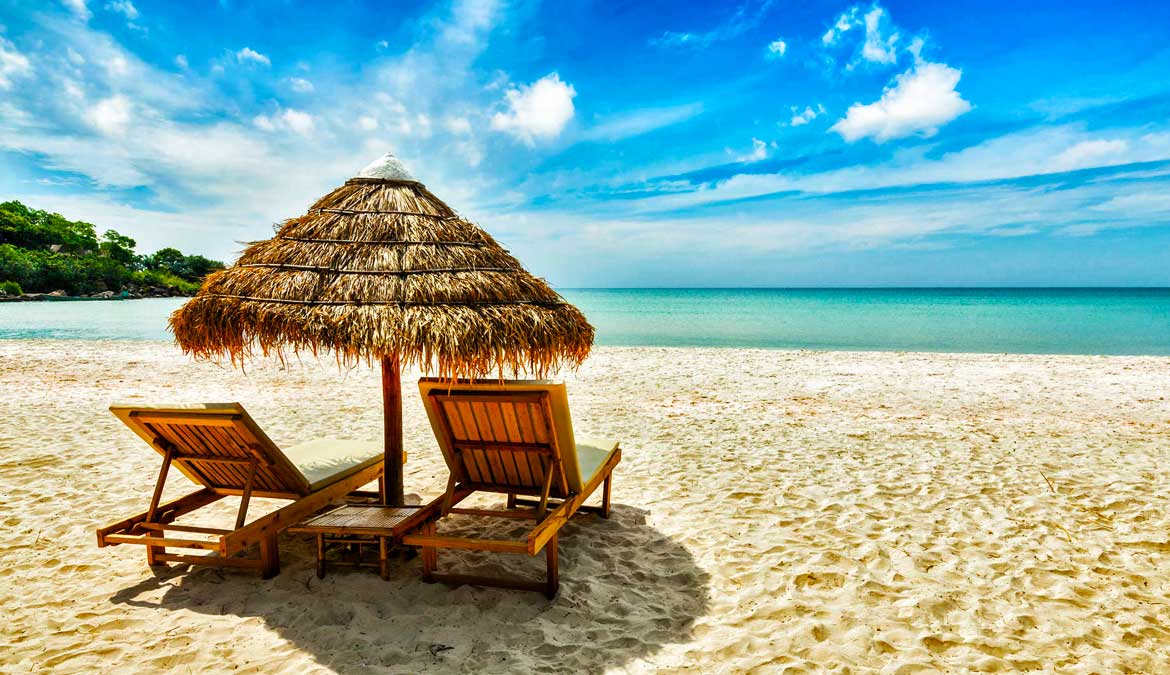 Thailand is the country of monumental landmarks, incredible nature, and delicious cuisine. However, holidaymakers flock to the second most-visited Asian country because of heavenly beaches, too. Therefore, you don't need to compromise on anything by choosing Thailand as your vacation destination.

To benefit from good weather, you need to familiarize yourself with the local climate. More than anything else, your beach hopping depends on favorable weather conditions. This article elaborates when is the best time to enjoy a beach holiday in Thailand in detail.

Thailand's climate is tropical, featured by fluctuations in temperature and precipitation. Depending on the region you visit, these variations could be subtle or extreme.

In general, the climate of Thailand features dry and cool (November to February), hot (March to May), and rainy (June to October) periods. However, things grow more complicated than that, which you will find out shortly.

The regions north of Bangkok commonly feature warm to hot temperatures most of the year. Winter, when it usually gets cool during night hours, is the exception to this rule. Bangkok and east Thai coast are warm and occasionally hot during winter months, rendering the area ideal for enjoying beaches. In spring, air temperatures increase, and it gets pretty hot most of the time. Summer and the first half of autumn are rainy, while temperatures are somewhat lower.

West Coast (Peninsular Thailand) is hot most of the year. However, the rainy season takes place at different times, depending on the location.

The eastern part of the peninsula (Gulf of Thailand) tends to be rainier in winter than in summer. In the Andaman Sea (the western side), it is the other way around.

Best time to enjoy a beach holiday in Thailand

Given the seasonal fluctuations, the best time for a Thai beach tour depends on your preferences. However, we could define priority seasons for good weather, water sports, and visiting particular beaches with full confidence. Of course, we won't forget honeymooners and budget travelers.

In terms of good weather, Thai beaches are especially tempting during wintertime. However, be mindful of the region you choose for a beach holiday since some of them feature abundant rainfall just then. 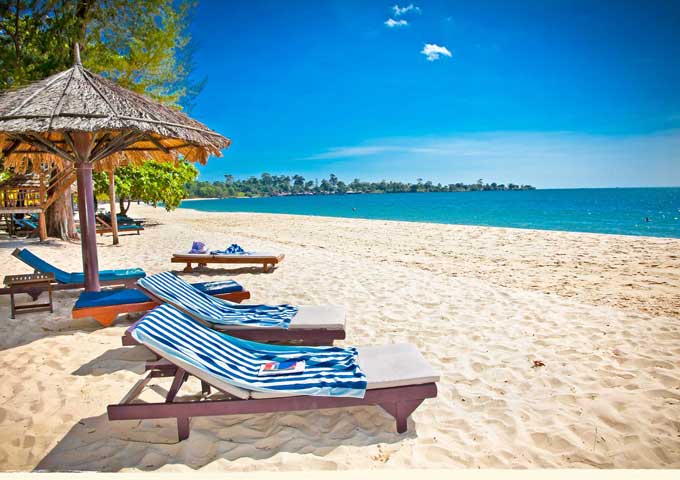 Coastline areas east of Bangkok are sunny and dry from November to April. Pattaya, for example, receives between 10mm/0.4in to 65mm/2.6in of rainfall during this period.

Temperatures are mostly uniform, varying between 25°C/77°F to 31°C/88°F on average. East coast of Peninsular Thailand features the most favorable weather for activities on the beach from February to April.

During that time, average air temperatures fluctuate between 26°C/79°F and 31°C/88°F on Koh Samui. What's more, the island receives eight hours of sunshine per day during this period. Other months usually have between five and seven hours of sunlight per day. The average precipitation on Koh Samui ranges from 40mm/1.6in in February to 85mm/3.3in in April.

The western side of the peninsula benefits from ideal temperatures and rainfall from December to March. On Phuket, average air temperatures are regularly between 23°C/73°F and 33°C/91°F this time of year.

Precipitation is negligible compared to the rest of the year, ranging from 35mm/1.4in (January) to 80mm/3.1in (December) per month. Furthermore, Phuket has between six (December) and eight (January and February) hours of sunlight per day this time of year.

Surfing enthusiasts will find the best waves at the Andaman Sea beaches. There, waves are larger and more consistent compared to those in the Gulf of Thailand. 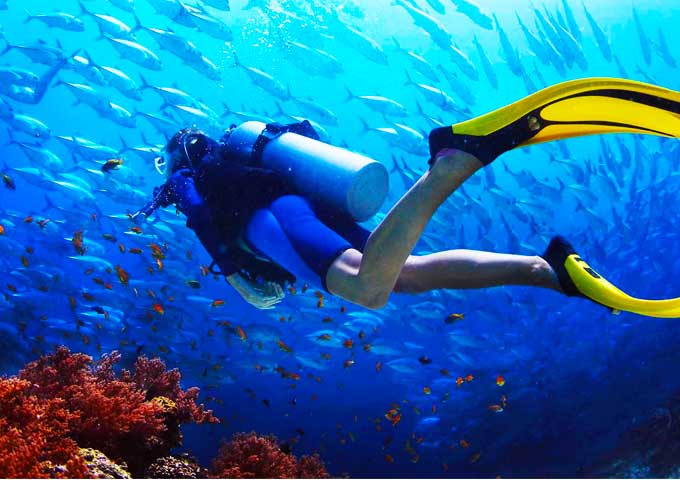 Regarding the time of the year, best surfing at Thai beaches corresponds to the arrival of the monsoon. So, pack your surfing gear and catch a flight to Phuket Island anywhere between April and October. This time of year, waves are usually between 0.5m/1.6ft to 3m/9.8ft high. Diving at Thailand beaches is a year-round activity. Passionate divers should plan beach hopping from November to April if visiting the western portion of the peninsula and nearby islands. As for the Gulf of Thailand, the best diving takes place from March to September.

Best times of the year for visiting particular beaches

Do you happen to be a traveler that prefers to stay put during the holiday? If so, plan to visit one of the following destinations for the best Thailand beach vacation: Phuket Island boasts dozens of sandy beaches along its long coastline. Whether you prefer organized or undeveloped stretches of sand, this island is a safe bet. The best time for visiting Phuket beaches is from November to April.

For excellent parties, establish your vacation base at Patong. If you travel in the company of spouse and kids and are a water sports enthusiast, head to Kata. For a bit of shopping, diving, and excellent dining, choose Karon, located between the above-mentioned ones.

Krabi, located on Thailand Peninsular, accesses the Andaman Sea. Here, you can complement your activities at the beach by taking photos of landscapes that are hard to describe in words. Albeit located near Phuket, the ideal time for coming to Krabi is a bit shorter – from November to March. 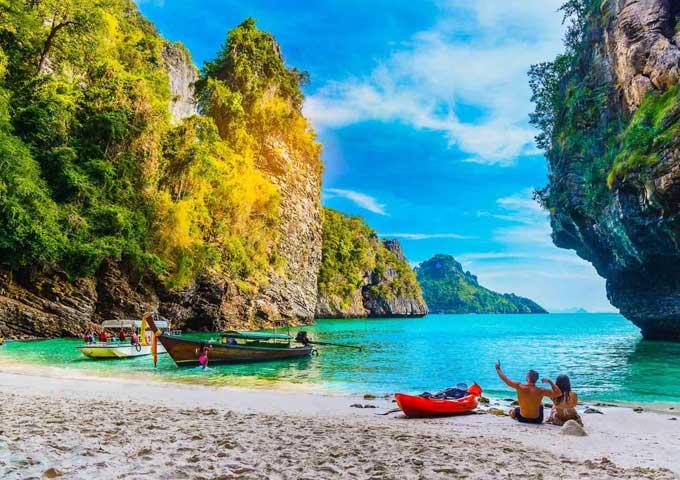 Railay, lined with palms and other tropical vegetation, boasts rock formations defining the coastline. Here, you will find engaging water sports, extreme sports (rock climbing), and plentiful relaxing opportunities. Add caving to everything mentioned, and you get Phra Nang, another exotic Thai beach near Krabi.

Located in the Gulf of Thailand, Koh Samui features splendid beaches and favorable weather conditions most of the year. The best time for enjoying those is between February and April. Still, summer is far less rainy here than in most other Thai destinations.

While there, check out Silver Beach, priding on the white sand and crystalline waters. For a variety of activities, including shopping and partying, visit Chaweng.

As for Pattaya, the ideal period for enjoying seaside activities is from December to February. During this time, white sand hardly gets wet since the monthly number of rainy days is one or two. More so, air temperatures are usually pleasant. 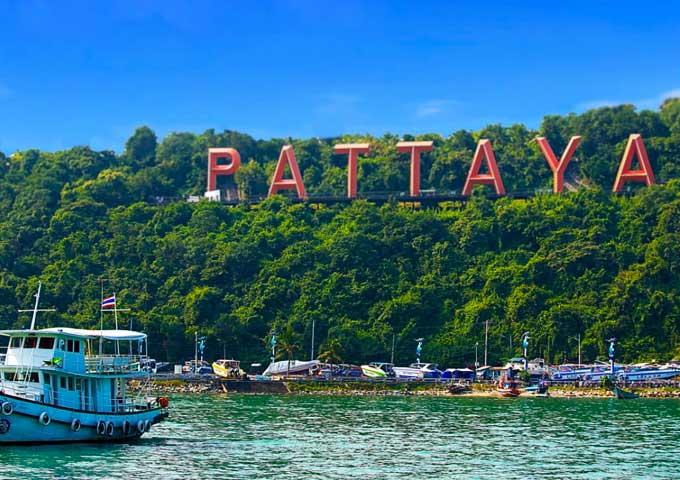 For a romantic honeymoon, visit Thailand during the dry and shoulder seasons. As we have seen by now, these tend to vary depending on the location.

Seaside tour on the budget

If you don't mind getting occasionally wet out of seawater, you can enjoy the seaside tour during the low season.

Koh Samui has the shortest low season, which spans October and November. For a budget trip to Phuket and the west coast, make arrangements from June to October. Off-season in Pattaya is a bit longer, starting in May and ending in November.

As we can see, having an enjoyable beach holiday in Thailand is possible regardless of the time of year. What's more, you don't need to cross long distances to get from the seaside featuring unfavorable weather to the one where conditions are suitable for your needs. Sometimes, you can have everything. For example, you can start your Thai beach tour in the Andaman Sea with surfing or windsurfing. Once you wish to relax and sunbathe, just cross the peninsula and have a great time in the Gulf of Thailand.