How to Get to Chiang Mai, Chiang Rai, Pattaya and Phuket from Bangkok Easily? 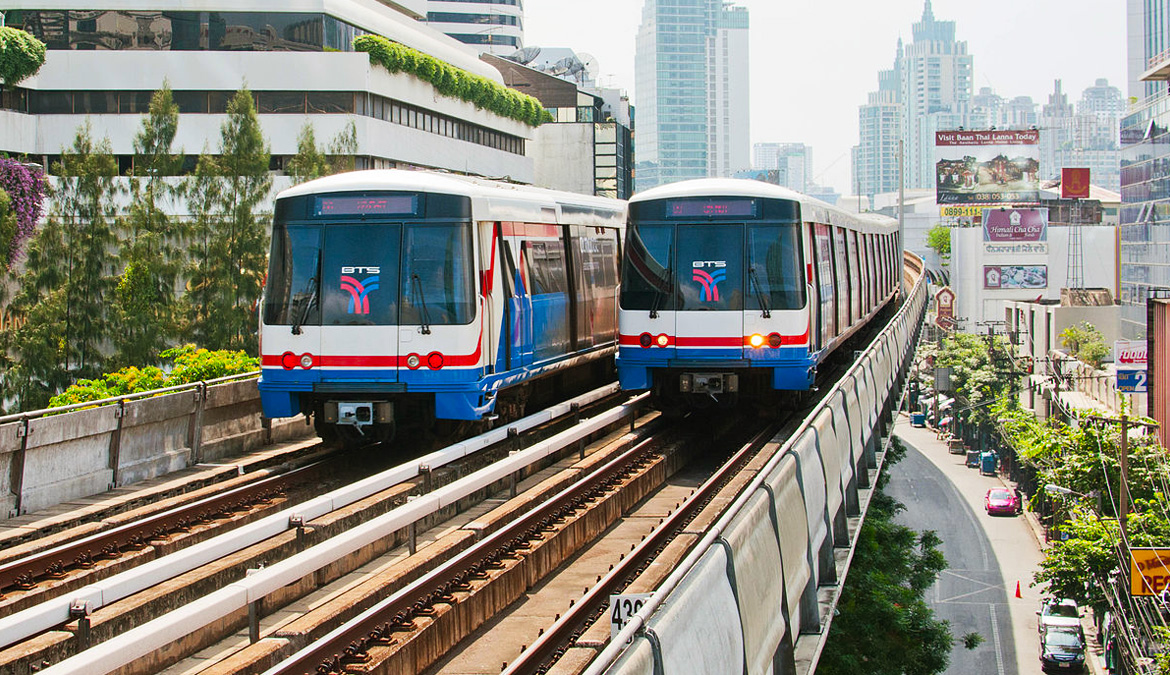 Thailand, as one of the leading destinations in Southeast Asia, receives many travelers each year. Bangkok, the capital, and the holiday resorts of Phuket and Pattaya are some of the country’s most famous destinations.

Thanks to efficient transportation, which includes traveling by land, air, and water, many visitors travel to other places, including Chiang Mai and Chiang Rai.

The best way of traveling around in Thailand is usually a matter of personal preference and the season. Some other key parameters are budget, journey time, and the duration of your vacation.

Thai Airways flies to various destinations in Thailand, including Phuket, Chiang Mai, and Chiang Rai. This means of transportation is the quickest and, as you would expect, the priciest. For a lower flight fare, you need to wait for special promotions or fly off-season. However, most travelers, foreign in particular, find flying in Thailand generally affordable. Traveling by train allows travelers to admire the beauty of the country at a slow pace. Considering the duration of the journey, you should use this means of transportation if you cover short distances or have a lot of time. 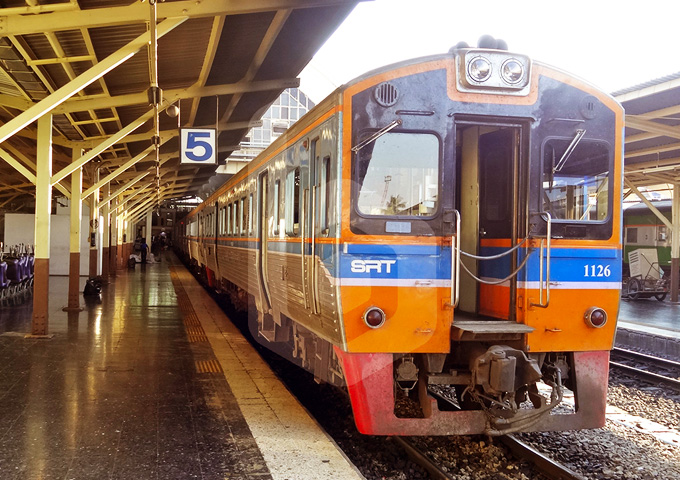 Traveling by train is affordable, in general, and the rail network is extensive. Still, you may need to resort to a bus connection to reach your final destination at times.

Buses (coaches) are the least expensive transportation options by far. They could be quite slow occasionally but are the best option for budget travelers. For example, you can travel from Bangkok to Phuket or Chiang Mai by express service for the $12 price in local currency. Traveling by boat on major routes in Thailand tends to be surprisingly affordable because of the intense competition. Boats covering popular routes are fast. However, this particular service reduces its activity during the monsoon season, which takes place at different times, depending on the region.

How to decide on transportation if starting from Bangkok?

Bangkok is the capital and one of the most popular tourist destinations in Thailand. Consequently, the bulk of travelers comes and leaves the country via Bangkok. Therefore, the city is the chief transportation hub for getting to other Thai destinations.

For commuting between two of the most visited cities in Thailand, you have three public transportation options - airplane, bus, and train. If you opt for a flight, note that there are two Bangkok airports near one another.

Flying from Bangkok to Chiang Mai is the fastest transportation option by far. By resorting to this option, you will travel between two and three hours, with the times you spend at the airports included. 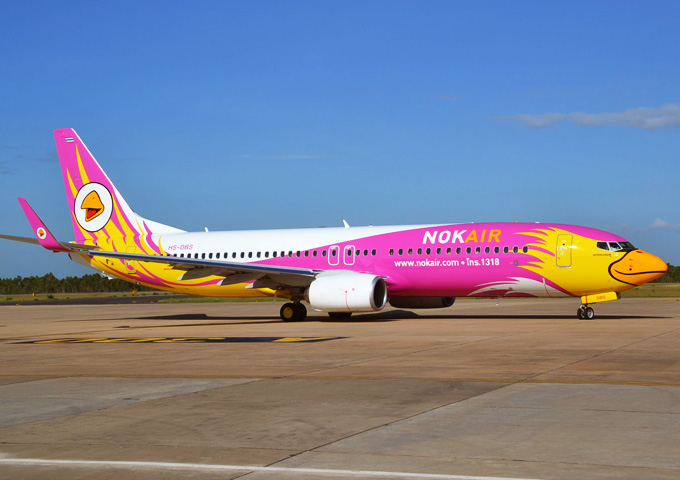 Depending on the season and how far in advance you book the ticket, you can spend down to $30 for a flight. The average flight fare for this route is $65 (payable in local currency). Once you land at Chiang Mai Airport, you should reach the city in 30 minutes or slightly more. Taxi, which is the most expensive option, costs about $5. If you travel on the budget, you can pay as low as $0.6 for the bus transfer.

Traveling between Bangkok and Chiang Mai by bus allows you to admire the countryside of Thailand by taking an early morning bus. Traveling times are approximately 12 hours, and prices usually fluctuate from $12 to $30 for daytime and overnight services.

Please note that pricing isn't fixed, so make several inquiries to secure the best deal. Moreover, you should book a ticket at least a day before the departure. 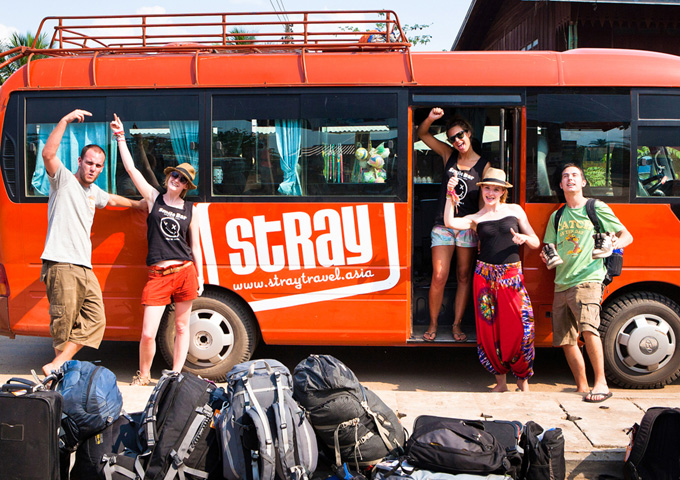 Arcade, the main Chiang Mai bus station, is three kilometers/two miles away from the downtown.

Trains connecting the Thai capital to Chiang Mai usually travel slightly longer than buses, up to 14:30 hours. However, you can sleep on an overnight train and cut the accommodation costs that way.

If you prefer admiring the countryside, take a train departing in the early morning or afternoon. You can book a train ticket at the railway station or via a travel agency (if you don't mind paying a commission).

To secure a favorable deal, book a train ticket a few days before the journey. Fares range from $20 to $60 depending on the class (1st – private compartment – or 2nd – shared). Furthermore, booking online is more expensive than at the station.

The Chiang Mai Railway Station is next to the Old Town.

Airplanes and buses allow you to travel directly from Bangkok to Chiang Rai. If you prefer, you can get to Chiang Mai first and catch a bus to Chiang Rai from there.

Typical flight times between these destinations are 1:30 hours. The average one-way fare costs $60. However, deals tend to go down to $20 or a bit over depending on the season and the time of booking.

The distance between Chiang Rai Airport and the city center is eight kilometers (five miles). A bus transfer will set you back $0.6, while taxi transfers usually cost between $4 and $7. Travel times from the airport to the city are approx. 30 minutes.

Departures from Bangkok to Chiang Rai are available throughout the day. Traveling times are typically about 13 hours, while fares usually range from around $20 to $35.

Please note that deals tend to vary depending on the provider and the departure point (Mo Chit and Khao San Road). Also, book tickets from the agents from Khao San with caution since some of them aren't reliable. 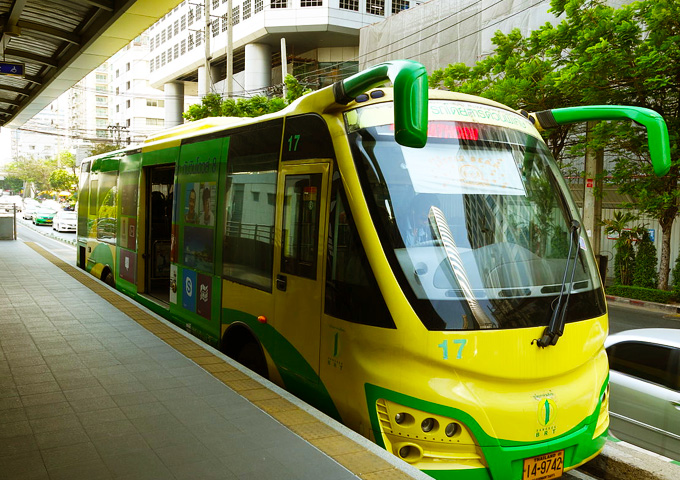 There are two bus stations in Chiang Rai. One is at the outskirts of the city, while the other is near the night bazaar in the downtown.

Given that you are a budget traveler or wish to admire the Thai countryside, traveling from Bangkok to Chiang Rai by bus should be your preferred option.

If you wish to spend some time in Chiang Mai on your way to Chiang Rai, you can get there by bus, train or flight. Buses need from three to five hours to cover the 185km/115mi distance between these destinations in northern Thailand.

When you are in Chiang Mai, you will probably need to go to the Arcade Bus Station since travel agents don't book tickets on this route. Depending on the provider, the journey can cost anywhere from $4 to $10.

Pattaya, one of the principal Thai seaside resorts, is about 150km/95mi away from Bangkok. Therefore, you won't have the luxury to fly or combine different means of transportation to get there.

Because of the nearness of the destination, buses travel from Bangkok to Pattaya daily from early morning (5:20 am) to late evening (11:20 pm). Travel times are two hours on average, but you may travel up to three hours if the traffic is heavy.

As for the fares, these are a few $ in local currency for air-conditioned vehicles. Speaking of which, you may wish to bring layered clothing since it tends to get cold in those buses.

Buses for Pattaya depart from the Eastern Bus Terminal, Mo Chit (Northern), and Sai Tai Mai (Southern). The terminus is Main Bus Terminal, near the crossroads of the Pattaya Nua and Sukhumvit roads.

If you wish to save a penny (literally), consider getting between Bangkok and Pattaya by the third-class train. Departures take place at 6:50 am on weekdays and the fare is $1. The train departs from the Hualamphong Station. 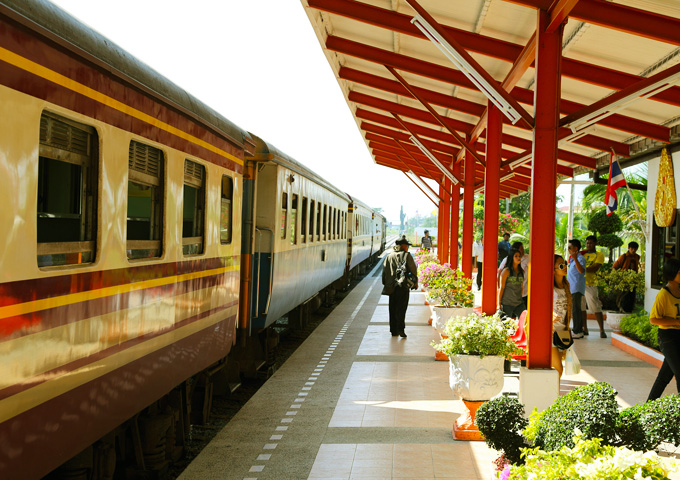 The train covers the distance between the destinations in about three hours. The location of the Pattaya train station is on the Sukhumvit road, some 3km/2mi away from the center. So, count on the possible transfer when calculating the potential savings.

The island paradise of Phuket is another popular option for travelers wishing to spend a holiday by the sea. Direct overland distance between Phuket and Bangkok is 850km/530mi, so plan over half a day to reach this destination if you don't fly.

Flights to Phuket are available from both Bangkok airports. Flying times are typically between an hour and 1:30 hours, and the average fare is $60. But, if you depart from Don Muang, which serves low-cost airlines, you might secure a one-way ticket for no more than $20 at times.

When you land, you have several options to get to your hotel. Hiring a taxi, which costs over $20 on average, is the most efficient option. 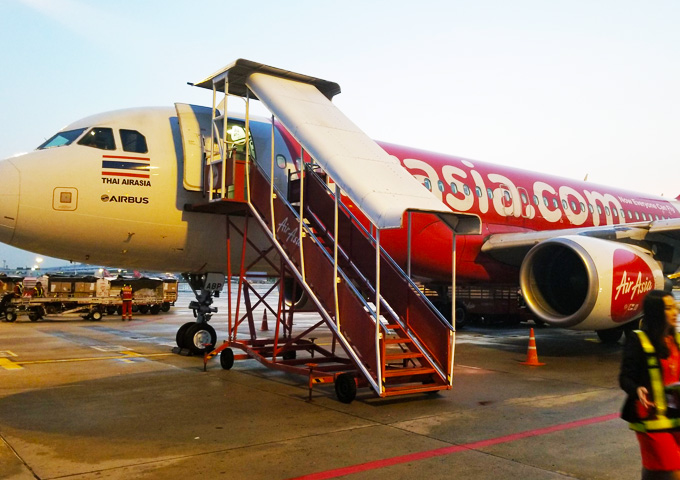 Shared minibuses, which will set you back several $, offer the best value for money. Travel times depend on the final destination but are seldom over one hour.

If you are a budget-conscious person that isn't in a hurry, opt for the smart bus. They usually need between an hour and two to reach the main resorts. The fares range from $3.3 to $5.6.

Buses traveling from the Thai capital to Phuket depart day and night. 1st class buses offer air-conditioning and ample legroom compared to those of the 2nd class. The bus is the most budget-friendly option ($20), but note that journeys take over 14 hours, in general.

Vehicles operating on this route leave from Northern (Mo Chit) and Southern bus terminals. Note that overnight buses are popular among travelers. So, book a ticket a few days in advance if this is your preferred option.

If you opt for a daytime journey, which is less expensive, secure a room before you set off on a bus journey. There are two bus terminals on Phuket Island, so pay attention to where you take off.

This way of traveling from the capital of Thailand to Phuket is the longest. Once you reach Surat Thani after a journey between eight and 12 hours, you need to take a bus connection to the island. The remainder of the journey takes additional four or five hours.

Train deals vary by the day, even by the hour sometimes, but start at $25 in general.

Departures are available from morning hours to 11 pm.

Budget travelers may opt for fan-only instead of air-conditioned trains. However, consider if contending with the heat half a day is worth the savings.

Buses traveling to Phuket are available from the Surat Thani Railway Station. You should be able to find a bus going to Phuket for $10, if not for less.

Traveling throughout Thailand can be efficient and entertaining. Whether you travel on the budget or like to splurge, you have plentiful options to get from one point to another with ease.

So, transportation fees shouldn't present a major expense in Thailand. Make arrangements on time considering tourist and monsoon seasons and the duration of your holiday. For the rest, Bangkok, Chiang Mai, Chiang Rai, Phuket, and Pattaya will do their part.