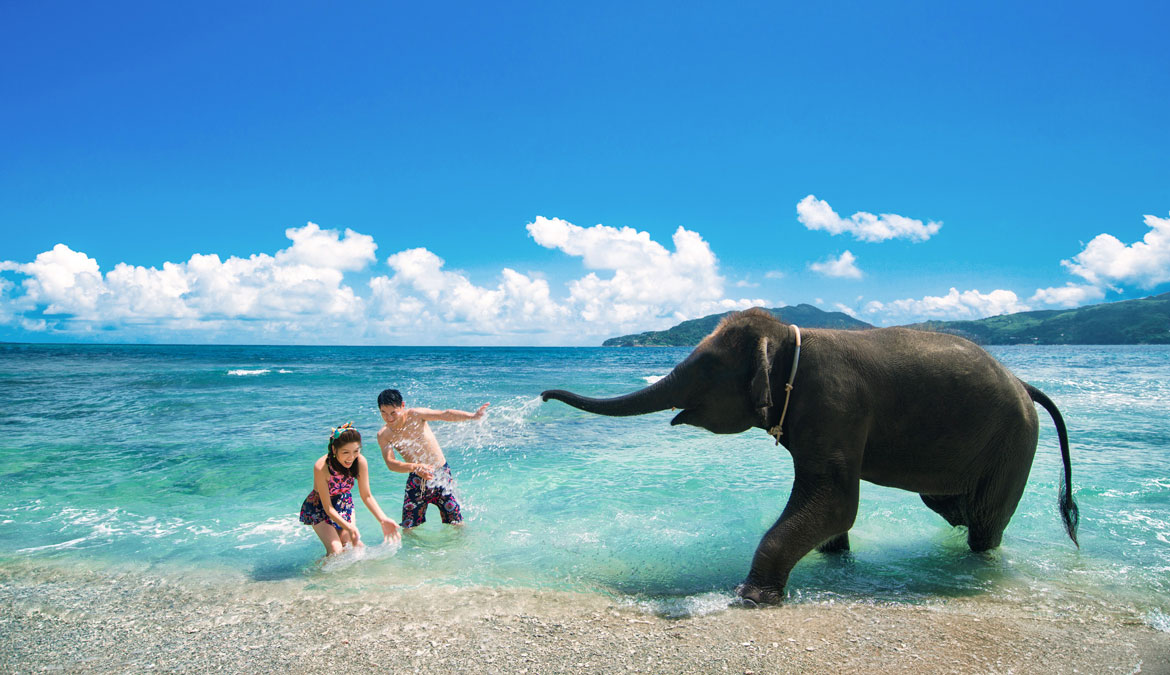 Thailand is a wonderful tourist destination. With tropical islands, soft sands, ornate royal palaces, ancient temple ruins, etc., to explore, there’s never a dull moment in Thailand. The followings 10 fun facts about Thailand will help you get better acquainted with the country’s landscape, culture, and people. Let's check them out!

Thailand monarch is the richest king in the world

According to CEOWORLD magazine and Business Insider, the current king of Thailand, Maha Vajiralongkorn tops the richest royals over the world in 2022. He has an estimated net worth of $43 billion as of January 2022.

Much of his fortune comes from the stake in Siam Commercial Bank, one of the country’s biggest lenders, and Siam Cement Group, the country’s largest industrial conglomerate. The royal family also owns over 16,210 acres of land in Thailand, with 40,000 rental contracts nationwide, including 17,000 in the capital of Bangkok.

Bangkok has the longest full name in the world

Bangkok blends ornate temples, skyscrapers, colorful street food, and hospitable people. That's why it becomes one of the top popular cities to visit in the world. More interestingly, Bangkok has the longest full name on the planet.

That means Bangkok is a city of angels, great city immortals, magnificent city of the nine gems, the seat of the king, city of royal palaces, home of gods incarnate, erected by Visvakarman at Indra’s behest.

Bangkok was known as the Venice of the East

Built on the floodplain of the Chao Phraya River, Bangkok used to be home to a large number of canals, known in Thailand as klongs.

A sprawling network of canals ran through the city. Nowadays, most of the canals have been filled in and paved over to make space for concrete roads, with some waterways still crisscross the city.

Boat trips on the Chao Praya River enable you to cruise through the centre of the city. Along the route, you can get an overall view of the 70-meter high Wat Arun. You can also take a boat to explore the famous Damnoen Saduak Floating Market, where you can always find endless photo opportunities. 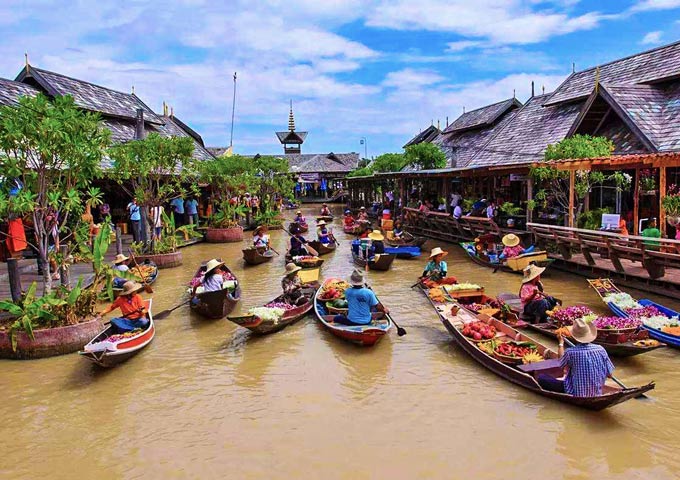 The Thais love water, so they hold an annual water fight which is the largest one in the world. On every April 13-15, armed with squirt guns, millions of Thais and tourists flood to the streets to splash water on each other. It’s one of the most important festivals in Thailand, known as the Songkran Festival, marking the beginning of the traditional Thai New Year.

The more water you receive, the more luck you have for the coming new year. The grand festival takes place in several major cities of Thailand, Bangkok, Chiang Mai, Phuket, etc. Street food, cultural celebrations, and traditional performances are also available during the festival. 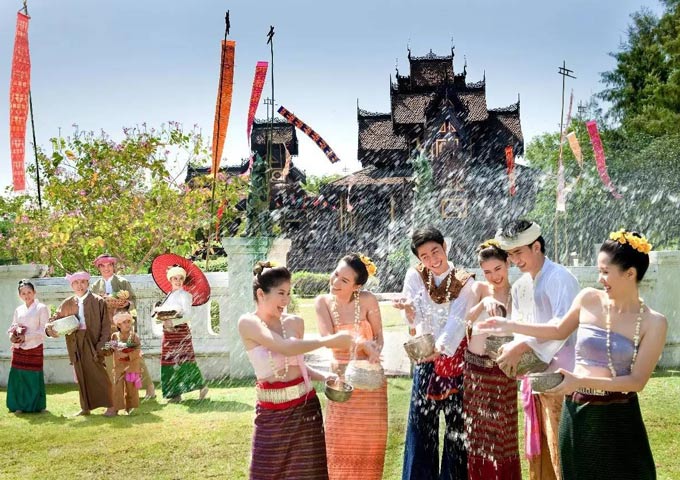 Thais are celebrating the Songkran Festival.

Interestingly, Thailand hosts a special festival for monkeys every year, called the Lopburi Monkey Festival, also known as the Monkey Banquet. In the city of Lopburi, monkeys are a common sight. On the last Sunday of every November, mountains of fruit and vegetables are offered for these monkeys. This is believed to be able to bring good luck and fortune to the area.

If you have the plan to visit the 13th century Khmer temples in Lopburi and are not afraid of getting caught in the crossfire of a monkey food flight, then visit Thailand in November.

Elephant in Thailand plays an important role in its many industries. In the age of cold weapons, Thai elephants the the largest and strongest warriors in battle. Some elephants were equipped with iron armor and knee pads to fight in wars, while the others worked for logistical support.

Later, elephants were employed in Thailand logging industry. Their big size and strength make them useful laborers to transport logs. More and more illegal logging caused massive landslides and mudflows in Thailand, so since 1989, logging has been banned.

The jobless elephants then turned to work in tourism. Today, Thailand is a hotspot tourist resort and elephants tour becomes a trend. A large number of visitors come to Thailand for an elephant ride.

However, we hope you can say no to elephant riding as they are not born to entertain human beings. Instead, you can visit some sanctuaries or retirement houses for elephants, for example the Elephant Nature Park in Chiang Mai. 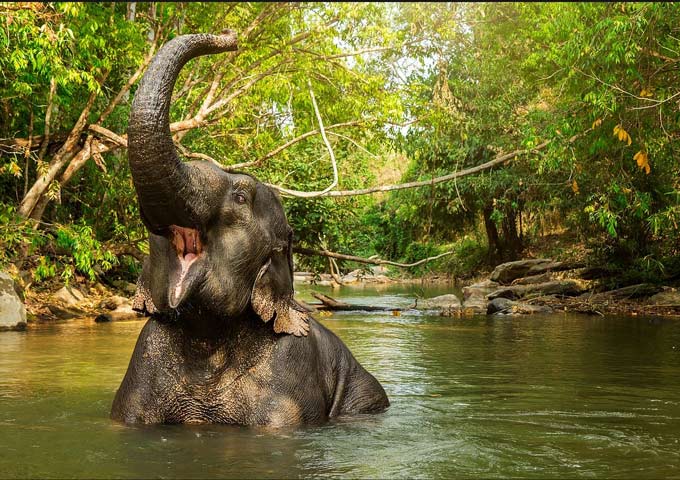 Elephants are enjoying their old age in peace in Chiang Mai.

Siamese cats are originated in Thailand

Siamese cats are featured with elegant looks. Their have bodies like ballerinas, slender and light. They have baby blue eyes, large years, and a coat with four different shades, seal, chocolate, blue, and lilac. The majority of their fur is a lighter shade with darker markings around the face, ears, feet, and tail.

Siamese cats have a rich history. Legend says Siamese cats were used as guard cats for the King of Siam. They have become popular in Europe and North America since the 19th century.

You can find many Siamese cat theme cafes in the main cities of Thailand. It will be a huge fun to spend a leisure afternoon there playing with cats while having a cup of coffee.

There are more than 40,000 temples In Thailand

Thailand is a Buddhist country and there are more than 40,000 temples all over the country. The followings are some of the most impressive temples that are not to be missed.

Seating by the Chao Praya River, Wat Arun, known as the Temple of the Dawn, is the most famous Buddhist temples in Bangkok. It is over 70 meters high and is decorated with seashells and porcelain. The Sanctuary of Truth in Pattaya has very intricate carvings covered every inch of its wood structure.

In Sukhothai Historical Park that locates in central Thailand, there is a really giant seated Buddha image called Wat Si Chum, which is one of the iconic images of Thailand. If you go to the northern part of Thailand, the White Temple and Blue Temple in Chiang Rai deserve a visit. Setting on the mountain peak, Wat Phra That Doi Suthep is a golden temple that overlooks Chiang Mai. 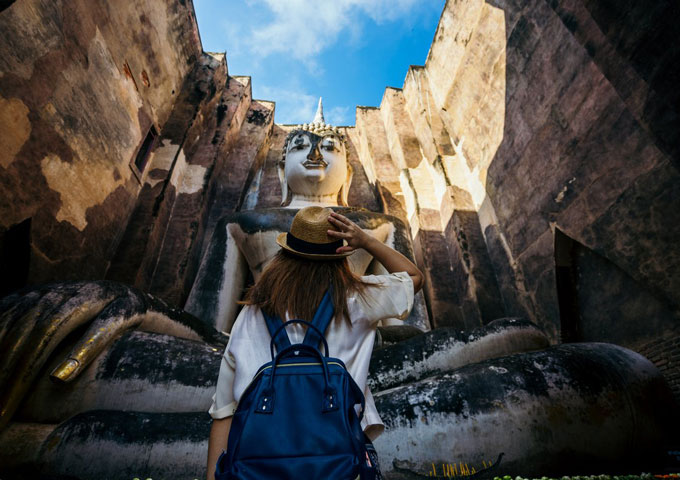 Wat Si Chum is one of the iconic images of Thailand.

Thailand is currently the world’s number one orchid exporter

Orchids in Thailand are regarded as a symbol of hospitality. The welcoming and hospitable country decorates its every corner with orchids. Except for domestic use, a mass of orchids in Thailand are exported overseas as well. The United States, Japan, Vietnam, China, and Italy are the top 5 markets to import orchid from Thailand.

However, due to the global outbreak of Covid-19 in 2020, the orchid industry in Thailand was hit hard. Millions of orchids that used to decorate hotels and restaurants, and for celebrations and events are being cut and thrown out every day. Wish we defeat the epidemic as soon as possible and then we can travel to Thailand.

The above 10 fun facts about Thailand should help you understand better its scenery, culture, and people. It’s time to arrange a Thailand tour to explore its beautiful temples, charming beaches, delicious food, and amazing party scene!